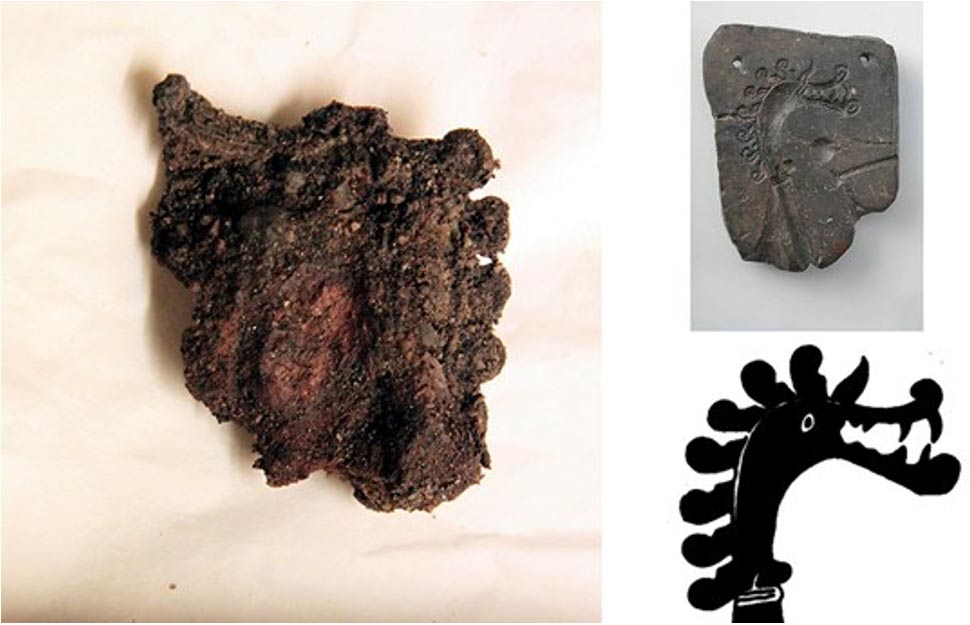 Archaeologists carrying out excavations in the port of Birka, Sweden’s oldest village, have unearthed a tiny dragon head once used on a Viking brooch.

The bronze relic matches the shape of a mold that was found back in 1870, but it is the first time specialists have found the actual object that came out of the mold.

The dragon’s head is standout one of the most famous symbols of the Vikings.

Their ships typically had a Viking head mounted on the bow to scare off sea beasts, which they would remove as they approached land so as not to repel the land gods.

According to The Local , the tiny dragon’s head was found during a dig in the harbor at Birka on the island of Björkö (“Birch Island”) in Lake Mälaren, which is found approximately 40kms from Stockholm.

Amid the Viking Age, Birka was an vital trading center which handled goods from Scandinavia as well as Central and Eastern Europe and the Orient.

Established in the middle of the eighth century, the site is generally regarded as Sweden’s oldest town, and has been a UNESCO World Heritage Site since 1993.

Earlier this year, a silver ring excavated over a century prior from a Viking-era grave in Birka was found to have an Arabic inscription, providing physical proof of direct contact between the Vikings of Sweden and the Muslim world, in this case possibly Asia Minor.

While the archaeological site of Birka has continued to yield fascinating relics ever since excavations first began in the Seventeenth century, the discovery of the bronze dragon’s head is considered one of the most exciting founds  in recent years.

The dragon’s head is made of bronze and was originally part of a small brooch or costume needle, which came out of a mold that was originally found at Birka over a century prior.

The dragon is wearing a collar and has open jaws and curls of hair, a style which specialist  have said is unique to the island on which it was found.

“We didn’t understand immediately what it was that we had found.

It took a couple of minutes. But when we looked a 2nd time, we saw the strands of hair,” said Sven Kalmring, professor at the German Zentrum für Baltische und Skandinavische Archäologie, who has been excavating in the port together with individuals from Stockholm University’s archaeology department.

The brooch or costume needle upon which the dragon head was mounted had long since disintegrated.

Archaeologists will now analyze the antiquity, and compare it to other similar Viking relics found at other sites throughout Scandinavia.