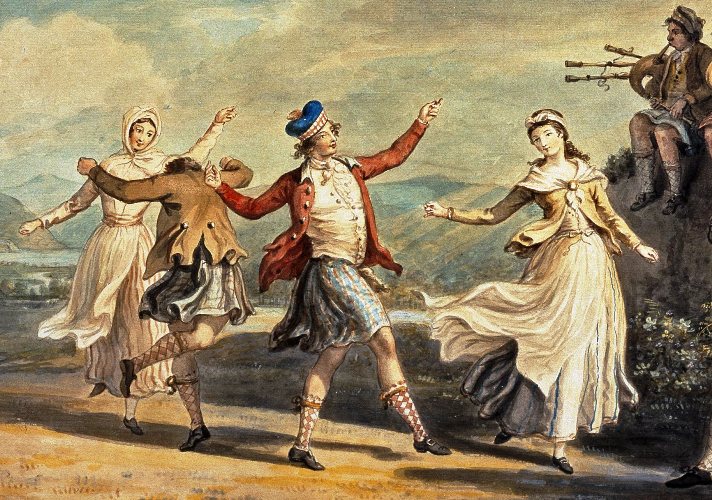 DNA testing reveals the true ancestry of a Scottish clan have Viking blood in their veins.

There has never been a culture completely immune to academic influence (changing historical facts), accepting new ideas, or genetic fusion with other cultures. Each ethnic group of people has their own story of their origin, a legend that connects them to their ancestors. As science progresses, some of these legends can be traced and checked.

The Mac Neil clan of the Hebridean Island of Barra (Scotland) claimed to have descended from the “greatest king” of Ireland, King Niall of the nine hostages, according to oral history.

Niall of the Nine Hostages, whose dynasty was ruling Ireland between the Fifth and Tenth Centuries, got his attribute because he used to take hostages as a strategy against his opponents. King Niall, who died in 405 AD, was the founder of the longest and 1 of the most powerful Irish royal dynasties.

He was known as the greatest king that Ireland knew.MacNeils believe that their connection to Ireland and Irish royalty is through an Irish prince (Ánrothán Ua Néill) from the Eleventh century, who emigrated to Scotland. McNeil is the main surname on Barra, an island with a population of just 1000 But a genetic investigation called “MacNeil Surname Y-DNA project”, that was organized by genealogists Vincent McNeil and Alex Buchanan proves otherwise.

There is Viking blood in their veins. The research was based on cheek swabs taken from Mac Neil clansmen all across the world, including Scotland, USA, Canada, New Zealand, and Australia. The DNA samples that were collected do not contain a single match that links them to Ireland.

We have legends and myths that have been passed through generations, but mother nature knows who we are. Oral history is wonderful and often there is truth in to. But everybody’s family history is in their DNA.”

The MacNeil clan gained infamy throughout Scotland for it’s pirate and seamanship tactics that reminded of the ones that the Vikings were using. They used to raid the seas from their home base at Kisimul Castle, using boats very similar to Viking longships.

Western Isles MP, Angus Mac Neil, a native of Barra, stated: “The MacNeils were a notoriously pirating clan. It’s no surprise we have Norse DNA. Maybe we are the last vikings.”

“‘Conquer or die’ is the clan motto. Given the size of the island we ended up on we must have been better at the dying then the conquering.” Paul McNeil, a 70-year-old clansman, from Washington state, said he was “devastated” when he got his DNA results. He said that he was emotionally broken after receiving the results, but he found solace in the fact that if not a Celt, he is nevertheless a Gael.

Michael MacNeil, 62, an aerospace engineer from Nova Scotia, Canada, whose family emigrated from Barra seven generations ago, said: “It wasn’t what I expected. “I’m pretty good with being of Viking descent. I have no problems at all. You are what you are.”

Alex Buchanan, from Hobart, Tasmania, one of the project organizers, said: “All MacNeils from Barra (so far tested) have Viking Y-DNA. They are of 2 types: The MacNeils of Barra who have an oral history linking them to the Chiefly line and most clansmen are in a group defined by the Y-DNA marker L165.

“Some McNeills from Argyll, but mostly from the Glasgow region, do have Irish Y-DNA, however, I think we will find that it is no more common among McNeills that it is among any other group of Scotsmen from the west of Scotland. Irishmen have been moving to Scotland for a very long time, there was a great influx during the industrial revolution when they came in search of employment in the factories of the Clyde region.”