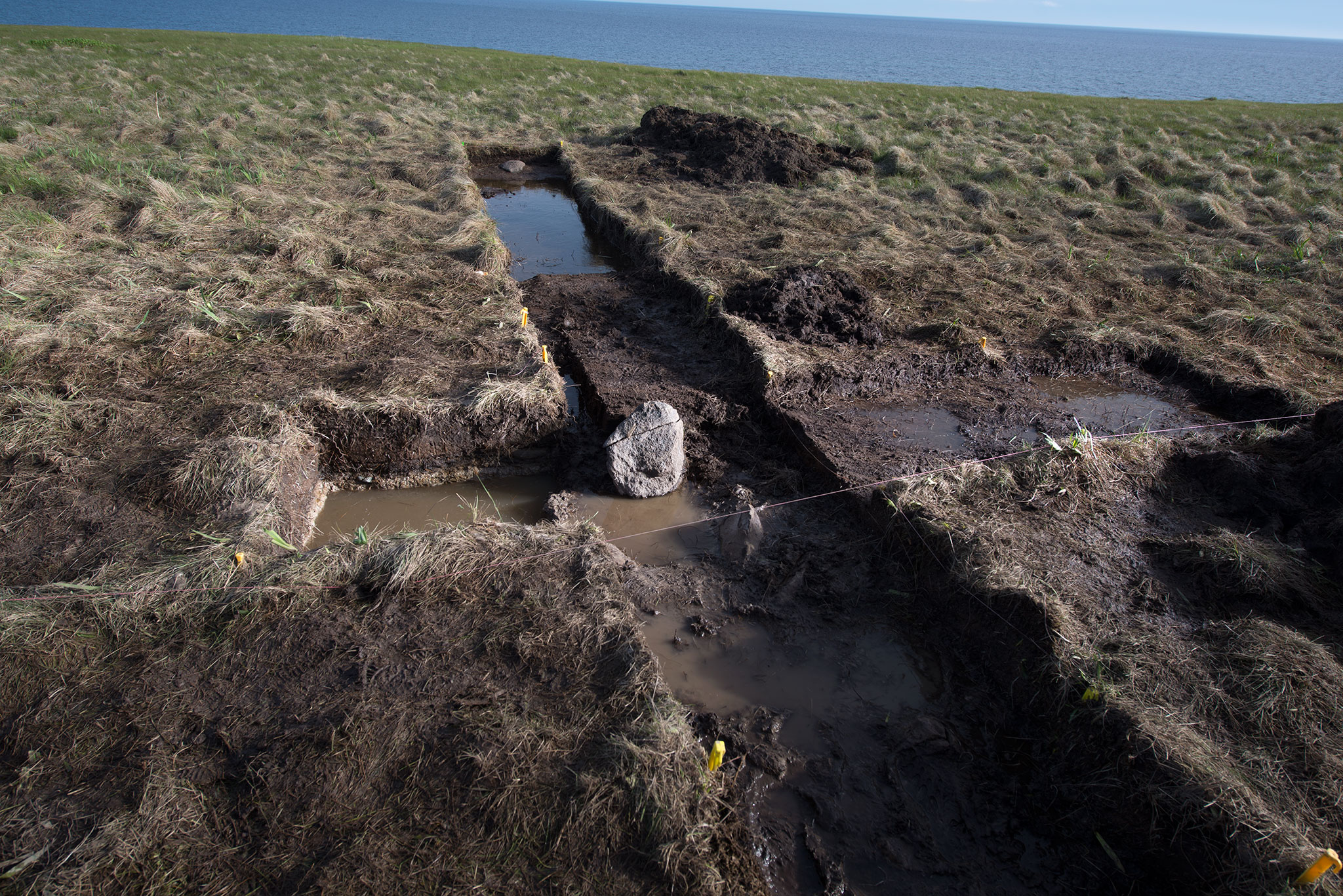 Discovery of 1,000-year-old Viking site in Canada could rewrite history:

The possible discovery of a 1,000-year-old Viking site on a Canadian island could rewrite the story of the exploration of North America by Europeans before Christopher Columbus.

The uncovering of a stone use in iron working on Newfoundland, hundreds of miles south from the only known Viking site in North America, suggests the Vikings may have traveled much further into the continent than previously thought.

A group of archeologists has been excavating the newly found site at the Point Rosee, a narrow, windswept peninsula on the most western point of the island.

To date, the only confirmed Viking site on the American continent is L’Anse aux Meadows, a 1,000-year-old way station found in 1960 on the northern tip of Newfoundland.

That settlement was abandoned after just a few years of being inhabited and archaeologists have spent the last fifty years searching for any other signs of Viking expeditions to the other side of the Atlantic.

She was drawn to this remote part of Canada after satellite imagery uncovered ground features that appeared to indicate human activity.

Ms Parcak looked at modern-day plant cover to discover places where a possible Viking settlement had altered the soil by changing the amount of moisture in the ground. This was the method she had previously used in Egypt.

After identifying a potential site, archaeologists discovered a hearth-stone, which was used for iron-working, near what appeared to have been a turf wall.

We could end up with a much longer period of Norse activity in the New World.

“A site like Point Rosee has the potential to reveal what that initial wave of Norse colonization looked like, not only for New foundland but for the rest of the North Atlantic.”

But there is not enough evidence for archaeologists to prove the Vikings settled on the site, as other populations also lived on Newfoundland after them.

If the site is confirmed as a legitimate Viking settlement, this could lead to further search for other settlements, built 5 centuries before the arrival of Christopher Columbus in the New World.