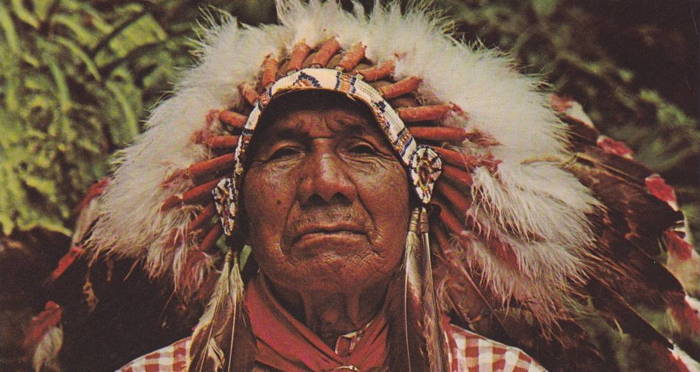 How one 1999 murder could result in the most significant restoration of tribal jurisdiction over Native American land in U.S. history.

Everyone with an insight into American history is aware of the trail of tears in the mid-1800s when President Andrew Jackson forced Native Americans to leave their native lands and onto reservations in Oklahoma.

However, it is not so well known that a version of that same land grab continued throughout the 20th and 21st centuries with significant legal implications today.

In autumn 2019, the United States The Supreme Court will have a chance to return to a number of native American tribes some legal power over an enormous part of the land — one-half Oklahoma.

The case in question began 20 years ago. On Aug. 28, 1999, a Muscogee Creek citizen named Patrick Murphy murdered his girlfriend’s ex-husband and cut off his genitals. He was subsequently tried by a state court and sentenced to death.

In a 2004 appeal, Murphy’s public defender argued that the murder occurred on Native American reservation territory.

According to an 1832 treaty between the Muscogee tribe and the U.S. government, all of the surrounding land belonged to the Muscogee.

Another treaty in 1866 gave the Muscogee authority over more than 3 million acres of Oklahoma.

Congress had the right to seize the land and end the Muscogee tribe’s sovereignty ever since, but it never did. Thus, Murphy argued, the state court had no right to try Murphy for his crimes — only the federal government did.

In 2017, a federal circuit court sided with Murphy, but the state of Oklahoma appealed. The Supreme Court is scheduled to hear arguments in Carpenter v. Murphy in 2019.

If the Supreme Court agrees with the circuit court, the result would be the most significant restoration of tribal jurisdiction over Native American land in U.S. history. And the Muscogee Creek wouldn’t necessarily be the only tribe to have its land restored.

The Cherokee Nation, for instance, has lost 74 percent of its treaty land, according to Cherokee citizen Rebecca Nagle, who wrote an op-ed for the Washington Post in 2018:

Today, we still lose land every time an acre is sold to a non-Indian, inherited by someone less than half-blood quantum, or even when an owner lifts restrictions to qualify for a mortgage.

After a century of the legal status quo, the Cherokee Nation has jurisdiction of only 2 percent of our land left after allotment. While the initial hemorrhage of land loss occurred in previous centuries, we are still bleeding.

If the circuit court’s decision is upheld, the Five Tribes — the Cherokee, Chickasaw, Choctaw, Creek, and Seminole — could gain certain legal jurisdiction over half of Oklahoma’s land.

The lawyers arguing on behalf of the state (Lisa Blatt and Edwin Kneedler) have argued that Oklahoma would be thrown into chaos as hundreds of cases could be overturned, perpetrators could walk free, and huge amounts of potential tax revenue would be uncollectable.

But as Nagle says, “reservations comprise 27 percent of the land in Arizona, and it functions just fine,” alluding to the fact that tribal jurisdiction over large chunks of state land doesn’t mean that the state will collapse.

Plus, the Native tribes argue that this decision would simply return to them the land they were promised nearly 200 years ago.

The case is currently on the Supreme Court’s calendar for the fall of 2019.

The outcome is uncertain, as Justice Neil Gorsuch, who has often sided with Native Americans in tribal cases, recused himself (he used to sit on the bench of the circuit court that ruled in Murphy’s favor in 2017). Pretty soon, the court may settle this historic case — with potentially enormous consequences.