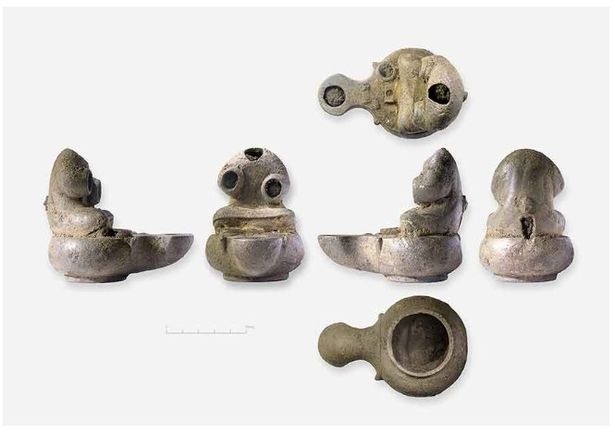 A number of Historic Artefacts have been dug up in Stoke Gifford including an ancient human cremation.

A burial site, which dates back to the 2nd and 3rd century AD, and other historic items were found when house builder Redrow Homes began preparing the land for development.

The company is building a new housing development in north Bristol and it paid for a full excavation of the site at the former Dings rugby club after discovering some artifacts.

A human cremation buried in a pottery vessel and part of a Roman Villa was discovered as well as a bronze hanging lamp, which is thought to have been manufactured in the first century AD.

Cheltenham-based archaeological consultants CgMs and an expert team from Cotswold Archaeology also identified hypocausts, which were used as a system of central heating.

The lamp has sparked interest among archeology experts due to the figure of a cross-legged individual thought to be wearing a tunic engraved on it.

The late Iron Age site was a sub-oval enclosure and shows proofs of industrial or agricultural processing.

The settlement was remodelled in the later Roman period.

Andy Beeson, archaeologist for Cotswold Archaeology, said: “The lamp is such an exciting found for us as it provides such different interpretations that are important as we work towards a better understandings of Roman history.

“We are thankful that Redrow allowed us to excavate the site and show it the respect it deserved.”

The artefacts will now be donated to Bristol Museum.

“We’re really pleased to be able to share the findings of this excavation project and be given such great insight into the history of the Roman Villa.”