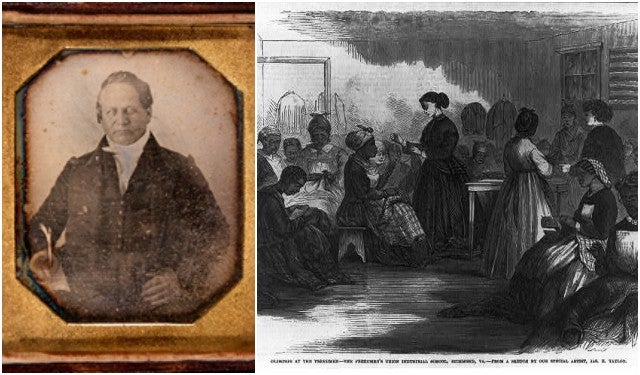 Alexander Lucius Twilight is the first African American to graduate from a U.S. college (1823) and the first black American to win election to public office, joining the Vermont Legislature in 1836.

Before the Reconstruction Era when public schools were established, very few African Americans received any education at all. Many whites opposed the African Americans ‘ idea of education, fearing their authority would be threatened.

The desire for education among African Americans, however, was unstoppable and some of them even managed to graduate from college despite these adverse circumstances.

Among them was Alexander Twilight, the first African American to graduate from college in the United States.

Twilight was born on September 23rd, 1795, in Corinth, Vermont to parents who were free and of mixed race.

He was one of 6 children of Ichabod and Mary Twilight. His father Ichabod Twilight was a Revolutionary War veteran, thereby earning his freedom. Reportedly his parents were the first black people to arrive in the city of Corinth.

When Alexander was 8-years-old he went to work for a neighboring farmer in Corinth where he learned the basics of reading, writing, and arithmetic.

In 1815 he enrolled in Randolph’s Orange County Grammar School and 6 years later he enrolled at Middlebury College. In 1823 he made history by becoming the first African-American to earn a bachelor’s degree from an American college or university.

He was determined to teach others and after graduation, he worked as a teacher in Peru, New York. There he met Mercy Ladd Merrill, whom he married in 1826. He was also interested in religion and was licensed to preach by the Champlain Presbytery in Plattsburgh, but chose to pursue his career in education.

In 1829 he was appointed principal of the Orleans County, Vermont Grammar School in Brownington. There, he helped in the creation of a massive three-story granite building, Athenian Hall, which served as a dormitory for the co-educational school and later became known as the Brownington Academy. It is said that he paid for the construction of the massive building which still stands today, known as the Old Stone House Museum.

Under his leadership, the school prospered and more than 3,000 students passed through the school until 1847 when he resigned after having conflicts with the Orleans County school administrators.

He went on to teach in Quebec, Canada and the school closed for several years, but people eventually persuaded him to come back.

Before he moved to Quebec, Canada, Twilight also became the first African American to serve in the state legislature as a member of the Vermont General Assembly.

He spent five years in Canada and returned to Brownington in 1852, where he worked as a minister and led the academy.

He resigned his church duties one year later but continued to lead the school until October 1855, when he was forced to retire due to ill health. He died two years later, on June 19th, 1857, and was buried in the churchyard in Brownington.