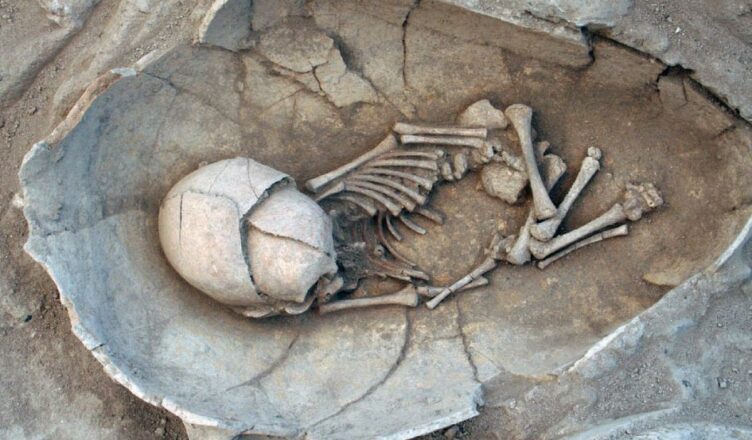 The population ebb and flow of ancient societies have been studied by scholars throughout the centuries. But most of this examination concentrated on issues dominated by people-war, politics and money. But there is another side to the past that struggles to be heard over the clashing of swords. It is this unreported history that the new research focuses on.

In several early cities of the world, in ancient parts of Syria and Lebanon, advanced chemical techniques were used at Bournemouth University and at Warsaw University in studying breastfeeding.

In ancient Bronze Age cemeteries, they studied tiny pieces of bone from babies, children, and mothers between 2800 and 1200 BC using a method called the stable isotope analysis. From this, they built computer models that estimated the age of weaning (the introduction of complementary foods to a breastfeeding child’s diet) and complete weaning (stopping breastfeeding entirely) in these populations.

Throughout studies, mothers seem to have breastfed their babies solely until about six months and stopped completely by the age of two and a half, earlier than was usual elsewhere in history. These earlier weaning times may have helped boost the population of these cities, which became flourishing centers of civilization.

The sites they excavated were urban centers on the Mediterranean coast, and between the Tigris and Euphrates Rivers in what was called Mesopotamia. Children’s bones found by archaeologists are often more fragile than those of adults, as they are smaller and not completely mineralized (their bones have less inorganic material such as calcium than those of adults). This means they often get damaged or are lost through decomposition.

However, enough children were excavated at these cemeteries for chemical analysis and confident statistical modelling. That’s partially due to the ancient Near Eastern practice of burying infants and children in jars, which partially protected the bones from the burial environment.

Ancient sites were metropolitan hubs and probably had wide-ranging contact from people all over the ancient world. Within these cities, women seem to have exclusively breastfed their children until about the age of six months, which fits with the World Health Organization’s recommendations for healthy infant feeding.

While other foods seem to have been introduced after six months, complete weaning stopped around the age of two-and-a-half. And these times seem to fit with written records from that part of the world. For example, there are some Babylonian contracts dating to as early as 1000 BC between parents and a wet nurse (a woman who would breastfeed the baby as if it were her own).

According to these contracts, the wet nurse would breastfeed the baby for a proscribed amount of time, often around two to three years , and be repaid in barley, oil, wool and sometimes silver .

Later religious texts also provide clues. Some books in the Bible ( Maccabees and Chronicles) note breastfeeding lasting for three years, and later sources from the first millennium AD such as the Quran and the Babylonian Talmud estimate this period as two years.

Breastfeeding on average for two and a half years might seem like a long time in most modern cultures but it’s shorter than in many ancient societies, as revealed by archaeological studies from all over the world also using stable isotopes analysis to estimate infant feeding practices .

These found that the global average length of time until initial weaning in in pre-industrial societies would have been one year (as opposed to six months in our ancient cities). And complete weaning occurred at around the age of three.

The timing and nature of weaning and complete weaning have long-lasting health impacts through infancy and even into adulthood . But beyond their impact on the health of individuals, breastfeeding and infant feeding strategies also affect population structures.

Breastfeeding for longer tends to mean women have gaps between pregnancies, and this has been considered a major factor in controlling fertility in hunter-gatherer groups where breastfeeding up to and beyond the age of five was the norm. In contrast, earlier weaning is associated with early farming communities with higher population growth.

This means the shorter breastfeeding times shown by their findings may have helped boost the population of the cities of ancient Syria and Lebanon. It could have been the result of having access to cereal crops such as wheat and barley and dairy products such as yogurt, which could easily be fed to children as weaning supplements.

Agriculture was introduced earlier in this part of the world than elsewhere and coincided with the emergence of urban civilizations and the establishment of wide reaching international networks.

Sidon, for example, grew into one of the Mediterranean’s great port cities, connecting the Phoenicians as a commercial power. And the research suggests the strategies they used for childrearing may have had a hand in their achievements. So breastfeeding and weaning in ancient Lebanon and Syria didn’t make it into the big historical texts. But the study shows that these seemingly modern issues had big impact on society.