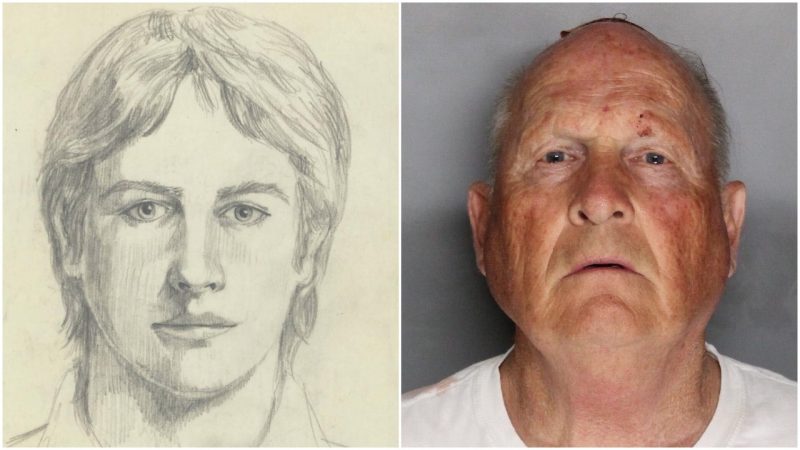 Tracking him through “discarded DNA,” police arrest a 72-year-old “suburban grandfather” suspected of being the Golden State suspect

A serial killer and rapist traumatized the entire state of California for years, committing at least twelve murders, before coming to an apparent halt in his horrific spree of violence some forty years ago. Unknowing who committed the crimes caused lasting emotional damage to victims and victims ‘ families. On April 24, 2018, that changed.

USA Today published a story saying that police investigators submitted the DNA of someone whom they believed was the suspect, gathered at a crime scene, to Ancestry.com, not officially as police detectives but as a regular customer of the genealogical research site, and were then able to narrow the search through matches to relatives of the person with the mystery DNA, using “trees.”This use of Ancestry.com is raising questions.

In a story published by the Associated Press, Steve Mercer of the Maryland Office of the Public Defender said there aren’t strong privacy laws to keep police from trolling ancestry databases.

“People who submit DNA for ancestors testing are unwittingly becoming genetic informants on their innocent family,” Mercer said, adding that they “have fewer privacy protections than convicted offenders whose DNA is contained in regulated databanks.”

However, the arrest of DeAngelo is also sending shock waves of relief throughout California. He is believed to be responsible for 12 murders, 45 rapes, and more than 120 residential burglaries between 1976 and 1986.

According to an interview in the Los Angeles Times, Jennifer Carole, the daughter of 1980 victims Lyman and Charlene Smith, “said she had long thought that the person who bludgeoned her father and stepmother to death had probably died in the following decades.

To find out he was not only alive, but living among them in Sacramento, was an overwhelming revelation, she said.”In my mind I thought he was dead the whole time,” Carole said to the press. “I’d compartmentalized it. But to find out … he’s been in Sacramento, where all my family lives … it’s unbelievable.

How can he have just been here?”A cold-case unit with the Ventura County district attorney renewed their efforts to find the Golden State Killer within the last two years. The FBI offered a reward of $50,000 for information leading to an arrest in 2016. “We all knew we were looking for a needle in a haystack,” said Sacramento County District Attorney Anne Marie Schubert.

A series of rapes in an area east of Sacramento in 1976 were first linked by the authorities because of their proximity and the similar description of the rapist — a white male with blond hair who was close to six feet tall — and the sadistic rituals that he inflicted on his victims.

His targets were women home alone and women at home with their children. The suspect went on to rape women with their husbands present and then the two of them would be murdered.

Neighbors of DeAngelo, whom the Washington Post described as a “suburban grandfather” in a headline, said that he kept to himself and sometimes yelled at people over infractions like mowing their lawns too early in the morning, but gave absolutely no indication of anything more frightening.

He showed an interest in model airplanes, some say. He was the father of three daughters and had a number of grandchildren.

DeAngelo was a police officer in Auburn, California, in the 1970s but was fired after being accused of shoplifting a hammer and dog repellent.

He retired last year after working 27 years at a distribution center for Save Mart grocery stores, the chain confirmed. Public interest in the Golden State Killer was sparked this year with the publication of the true-crime book I’ll be Gone in the Dark: One Woman’s Obsessive Search for the Golden State Killer, written by Michelle McNamara, who died in April 2016 before finishing it.

The book, published in February 2018, was completed after her death by a journalist and researcher recruited by her husband, the comedian Patton Oswalt.

The Golden State Killer was believed to have tracked the movements of his planned victims. He wore gloves and a mask and spoke in an angry whisper. Investigators at the time suspected he had military or law enforcement training.

The New York Times wrote, “Mr. DeAngelo was arrested by investigators using some of the same tactics employed by the suspect to stalk his victims — the police surveilled his movements, studied his routines, and pounced when he left his house.”