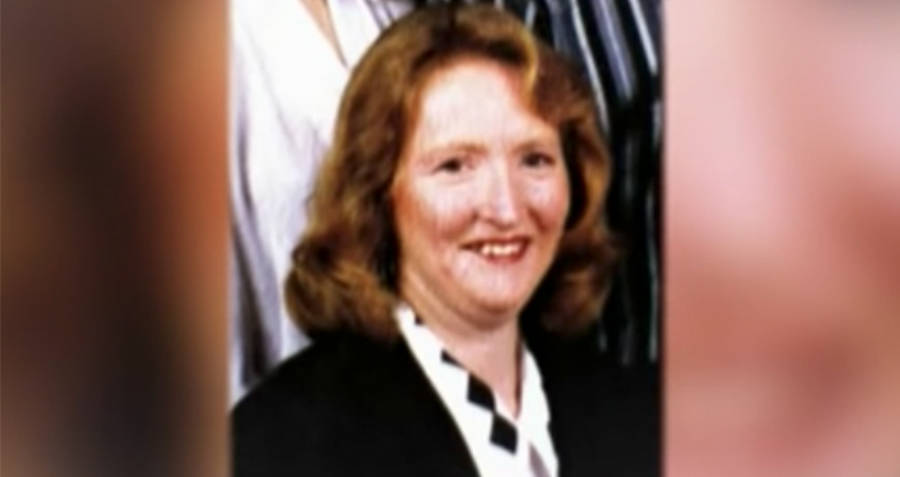 Australian Women who Killed Her Boyfriend and then cooked – Then Served Him To His Kids:

Katherine Knight had a history of violence, but when she met John Price, her violence escalated to a level no one saw coming.

In October of 2001, Katherine Knight trial was almost ready to start. She had entered a plea of not guilty and her legal team had a solid defense ready. They were prepared to support her with experts witnesses, and so far, it looked like the jury pool would swing in her favor.

Who would not? After all, she was such a sweet, matronly looking woman, how could she have committed the heinous crime of which she was accused?

Then, the day that the trial commenced, the judge adjourned the case without testimony. It seemed, at some point during the night, Katherine Knight had changed her plea to guilty. She was escorted to prison that day and the judge ordered that her paper be marked “never to be released.” For the 1st time in history, a woman in Australia was given a life sentence without parole.

A fitting sentence, given that Knight stabbed her boyfriend 37 time, skinned his body, and cooked parts of him into a stew that she intended to serve to his kids.

To this day, Katherine Knight still maintains her innocence and refuses to accept responsibility for her actions.

She is appealed her sentence before, though the appeal was denied almost immediately. Though Knight claims that she has no memory of what she did and that she was not capable of such a thing, her past with men tells a rather different — and chilling — story.

While working as a boner in a butcher shop, Knight met David Kellett. Kellett was a raging alcoholic and was prone to fist fights whenever the opportunity presented itself. Surprisingly, Kellett found that Knight could hold her own, and never hesitated to join him in a scuffle.

He soon realized, however, that Knight was capable of doing more than a little damages with her fists, and before long was finding himself dominated by her. In 1974, she even convinced him to marry her, though he was heavily intoxicated the entire time.

His intoxication that day was almost his downfall.

He woke up, thankfully, and managed to fight Knight off. Despite the fact that she attempted to kill him one day into their marriage, the union lasted for 10 more years, during which they had 2 daughters, and one period of separation after Kellett left Knight in the middle of the night.

Knight went through a period of deep distress after he left her. At one point, she spent a few month in a psychiatric hospital, after threatening the life of the mechanic who had serviced his car because it had allowed him to leave her. He even took her back when she was released from the hospital, though their reunion did not last long.

6 years after her stint in the psych ward, Katherine Knight met David Saunders.

A few month after meeting, he moved in with her and her 2 daughters, though he kept his own apartment – something that would cause tension throughout their relationship. The fact that Saunders had a life separate from hers caused Knight extreme emotional distres, and at one point she slit the throat of his 2-month-old puppy in front of him, to show him what she was capable of.

Despite that particular mishap, the two had a daughter a year later, though Saunders left her shortly after their daughter birth, as Knight had attempted to kill him by stabbing him with a pair of scissors.

After Saunders left her she met another man named John Chilling worth, whom she maintained a relationship with for 3 years. Together the pair had a child, Knight first son. For the most part, their relationship was without issue, though this may have been due to the fact that Knight was carrying on an affair with a man named John Price.

Her relationship with John Price would be the one that finally pushed Katherine Knight over the edge, landing her in hot water, and earning her unprecedented prison sentence.

The beginning of their relationship was without complication and seemed to be smooth sailing. Price had 2 older children who lived with him, and who liked Knight well enough. He worked as a miner and made good money, which kept Knight comfortably sedated. but, when she suggested they marry, and he declined, she turned violent.

She ended up getting Price fired from his job, which resulted in him kicking her out. A few month later she moved back in, though he still refused to marry her. According to their friend and neighbors, this was around the time she began to escalate.

In February of 2000, an argument between Price and Knight culminated with Price receiving a superficial chest wound after she attempted to stab him. He took out a restraining order against her, in an attempt to keep his children safe. He must have been living in extreme fear for some time because toward the end of the month he told his coworkers that if he was ever to go missing, it was because Knight’s killed him.

And indeed, she did.

When Price came home from work, he followed his usual routine of checking in with the neighbor before going to bed at 11. Knight came home shortly after, made herself dinner, watched TV, showered, and then went upstairs. She woke Price, the 2 had sex, and Price went back to bed.

Then, Katherine Knight took a butcher knife from next to her bed, where she had taken to keeping it “in case she needed it,” and stabbed the sleeping Price 37 times. According to blood evidences, he woke up while she was stabbing him. Eventually, after he succumbed to his wounds, Knight dragged his body downstairs, skinned him, and hung his body from a meat hook hanging in the living room.

Then, she decapitated him and cut up pieces of his body to cook in a dish with potatos, pumpkin, beets, zucchini, cabbage, squash, and gravy. She then made a dish for herself, though from the half discarded contents it appeared she could not finish it.

She then lay down next to the headless, mutilated corpse of Price, took a large number of pill, and passed out.

Price coworkers heeded his warning the next morning and called the police after fearing the worst when he did not show up. The police arrived to find the gruesome scene and immediately detained the comatose Katherine Knight, who, once she woke up, claimed to have no memory of the night before.

In the kitchen, police found Price head, boiling in a pot of vegetables on the stove.

On the table, they found 2 full plates, each labeled with a name. In horror, the police realized what had happened: Katherine Knight had been planning on serving John Price body parts to his children.