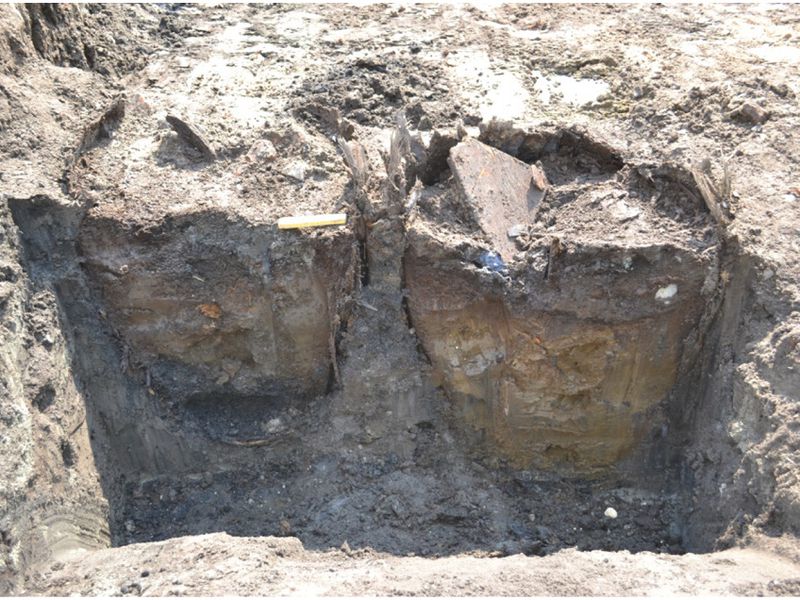 After drinking the last drops of wine from two gigantic barrel about 300 years ago, somebody had the brilliant idea of repurposing the vats into something down to earth … or rather, in the earth: They stuck the empty barrels in the ground and turned them into toilets.

Archaeologists recently found the Renaissance-era latrines (and all of their poopy contents) in Copenhagen during an excavation ahead of a repaving construction venture.

The makeshift bathrooms, which had been placed in the backyard of a city house, dated to the late 1680s, the archaeologists discovered.

Many people would flinch at the sight of a 300-year-old toilet, but the archaeologists could not believe their luck.

They got to work sieving and examining the organic matter, which offered clues about the diets, trade alliances and habits of the people who sat on these johns so long time ago.

“The people whose latrines we have examined were well-fed on bread, fish, and meat, alongside a variety of fruit, herbs, and spices,” said lead study researcher Mette Marie Hald, a senior scientist of environmental archaeology at The National Museum of Denmark.

“Most of the food items were locally grown,” she added, “but some of the food plants were exotics, showing us that it was possible to buy, for instance, cloves, which would have come all the way from Indonesia.”

The mere presence of these cloves indicates that Copenhageners had access to goods from long distance trade, likely through the Dutch trading companies, as Indonesia was a Dutch colony at the time, Hald said.

“We know that Dutch traders lived in Copenhagen in the 1680s,” she noted. “It is fun to think of the fact that 300 years ago, we were already part of a global trading network.”

After digging through the samples, the researchers used microscopes — and, if the objects were big enough, their bare eyes — to label what had passed through the peoples innards during the Renaissance.

One thing was certain: Whoever used the toilet had a healthy and varied diet. An examination of the animal bones and plant seeds revealed that the people had eaten their fill of herring and rye bread.

They were also able to buy other types of fish, such as eel, cod, and perch, as well as a medley of fruits and herbs, including apples, raspberries, cherries, dill, and coriander, she said.

“Some fruits that came from farther away were probably dried, like figs and raisins and lemon peels.

“They came from the Mediterranean region and would have been dried in order not to rot on the way up north.”

The latrine also served as a trash can for kitchen scraps, which explains why it contained bones from pigs and cattle, Hald stated.

“We also discovered one cat bone, which does not mean that cats were eaten, but probably somebody threw a dead cat in the barrel when sweeping the backyard,” she said.

However though the inhabitants ate well, they did not always cook their food enough. A microscopic examination turned up several types of parasites in the latrines.

These parasites “would have come from undercooked food and people not washing their hands and infecting the food,” Hald said. but, this was not uncommon during that time.

“Parasite infections were quite common in the day,” Hald said. And, even with the parasites, “our investigation shows that the diet of 1680s Copenhageners was quite sophisticated,” she said.