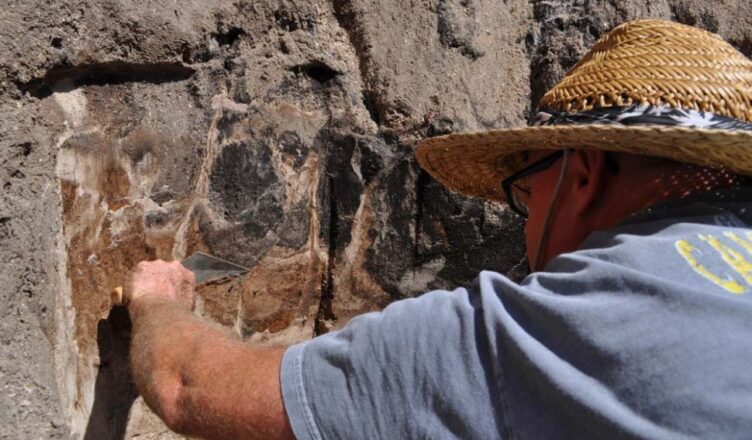 Archaeologists annunciate that under the ground in Vero Beach, Florida, bones of an ancient bison species living around 13,000 to 14,000 years ago have been found.

Bones were unearthed at the Old Vero Man Site, one of North America’s oldest and most significant archaeological sites.

It was discovered in 1915 when construction in the area exposed human remains, artifacts, flora and fauna dating back to the late Pleistocene epoch (1.8 million to approximately 11,700 years ago),

James Adovasio, the main researcher, said, “Around 100 years ago, the excavations at Vero… were the epicenter of the North American archaeological universe because it was the very first site to be claimed with some support to show that humans and ice age animals were contemporaries in the North American landscape.”

The Bison antiquus species, also known as the “ancient bison,” has been a direct ancestor of the United States’ new national mammal, the American bison. At 8 feet (2.4 meters) tall, 15 feet (4.6 m) long and nearly 3,500 lbs. (1,588 kilograms), Bison antiquus was the most common large herbivore on the continent. For comparison, today’s bison are smaller, at more than 6 feet tall and weighing about a ton (907 kg).

Lead archeologist Andrew Hemmings from from Florida Atlantic University’s (FAU) Harbor Branch Oceanographic Institute said in a statement that this discovery is particularly exciting because of the human history of the area.

“We couldn’t have asked for a better representative species from that era,” Hemmings said. “We now know that people were here in Vero Beach at that time.”

Discovered only 10 feet (3 m) underground, the bones are the first of their kind to be uncovered on land, rather than underwater.

Due to Florida’s climate, bones will naturally disintegrate through the years as they’re subjected to countless episodes of wetting and drying.

“This is the first time to our knowledge that the species has been recovered in a terrestrial excavation,” Adovasio said.

The archaeologists also uncovered bone slivers that could have come from large ancient mammals like mammoths, mastodons, sloths or bison.

Other discoveries at the Old Vero Man Site include the bones of smaller mammals, the head of a fly and pieces of charcoal — a sign of humans in the area.

“What is unique about Vero now is what it’s promising to tell us about the nature of the lifestyles, if you will, of the first Floridians,” Adovasio said. ”

I think Vero just adds a piece of the mosaic that we’re trying to put together to understand what the first colonists of the New World had to face and what their responses to those environments might have been.”