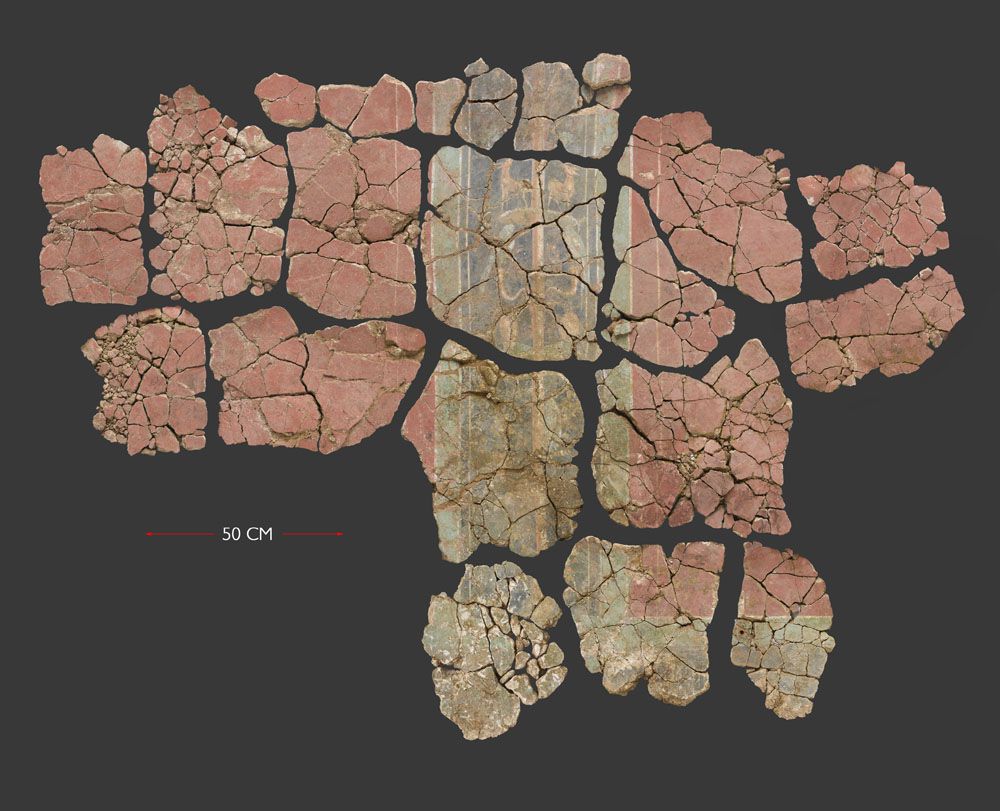 Archaeologists Discovered a Roman Fresco Beneath the Streets of London

Archeologists found a fragmented Roman painting with deer and birds almost 20 feet (6 meters) below the roads of London which may have once adorned the wall of a rich citizen’s home.

During the excavation at 21 Lime Street, near Leadenhall Market in central London, excavators from the Museum of London Archaelogy (MOLA) carefully digged ahead of building the office building on site.

They say the newly uncovered fresco was discovered facedown in the soil.

The painted wall was likely toppled and sealed underground around 100 A.D. when Roman builders flattened the area to make way for construction of the civic center for the city, the forum basilica.

Paintings are far more fragile than stone and metal artifacts, so not many ancient wall murals survive intact in the archaeological record.

There are famous examples from Pompeii, the city that was preserved in volcanic ash by the eruption of Mount Vesuvius in A.D. 79. But in London, complete paintings are much more scarce, though fragments of Roman wall plaster have been found before, MOLA archaeologists said.

The newfound fresco, its painted surface just a millimeter thick, maybe one of the oldest artworks of its kind to survive from the time of Roman Britain, they added.

At the construction site on Lime Street, the painted plaster was lifted from the ground in 16 sections, still encased in dirt.

Only after a “micro excavation” in a lab were the archaeologists able to see what the surviving section of the painting looked like: It had red panels on the sides and at the center, there were green and black vertical panels with deer reaching their necks up to nibble attrees above a set of blue-green birds and a vine is woven around a candle holder.

“This was a really challenging but rewarding conservation project,” Liz Goodman, an archaeological conservator for MOLA, said in a statement.

“We were up against the clock working on this huge and fragile fresco but it was a joy to uncover the decorative plaster that hadn’t been seen for nearly 2,000 years.”

The researchers are still studying the painting and the archaeological records from the site to get a better idea of what life was like in this section of the city during the Roman period, but they said the painting most likely adorned the wall of a reception room of a private home where guests were entertained.