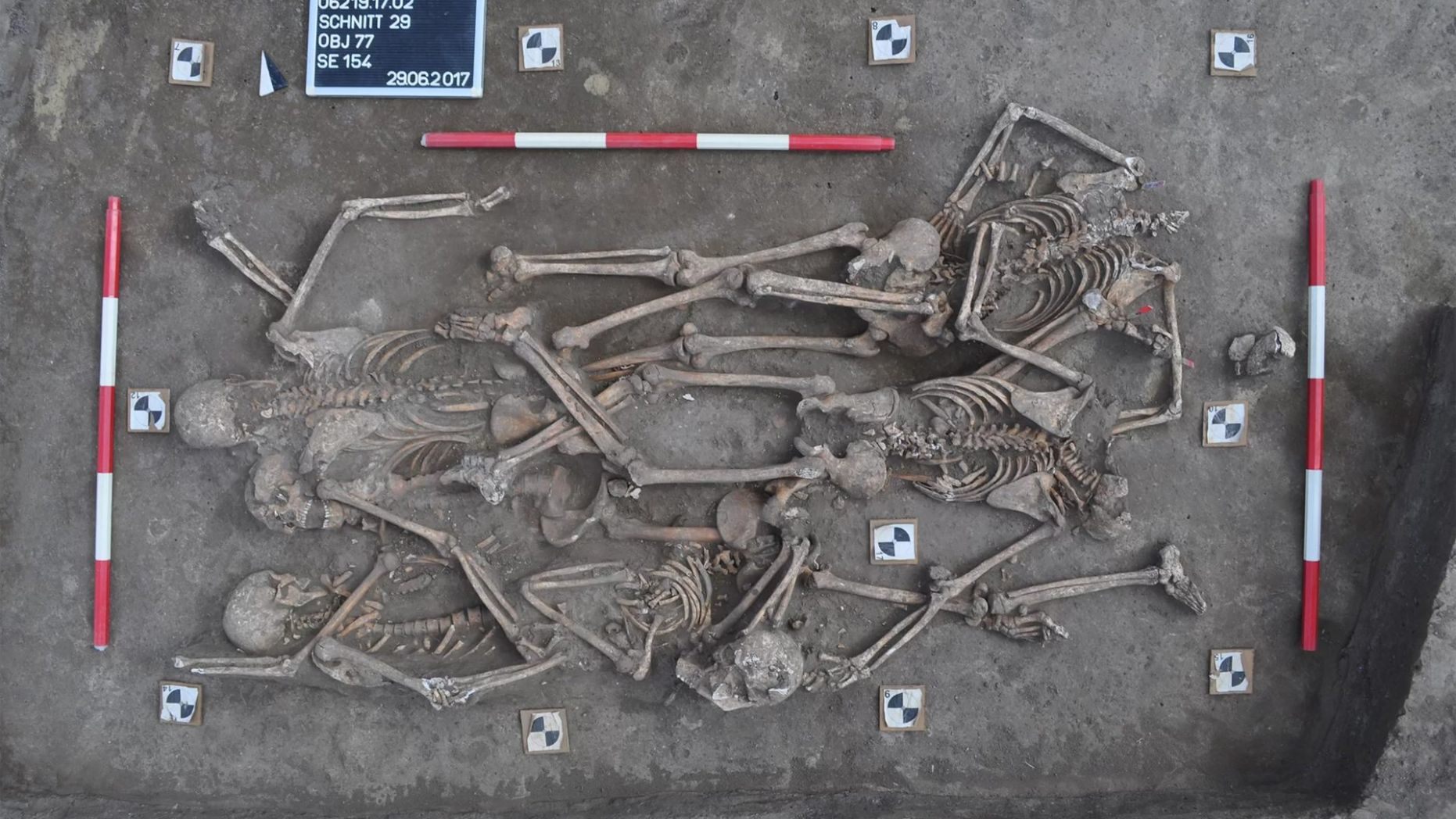 Just under the topsoil of the farm fields in this small town northeast of Vieanna, there are traces of one of the biggest battle of the Napoleonic Wars.

According to some estimates, 55,000 soldiers died when Napoleon Bonaparte’s troops clashed with the Austrian army amid the Battle of Wagram between July 5 and 6, 1809.

Many of them were buried directly on the plain, and for the 1st time, archaeologists are systematically excavating the battlefield.

The Analysts are mapping the hastily dug mass graves and campsites, as well as the thousands of musket balls, bullets, buttons and personal items that were dropped on the field.

They hope to get a more detailed look at how the 2-day battle went down. Bioarchaeologists are also examining the bones of the soldiers — and found that how unhealthy many of them were before they died in the war.

In his quest to control Europe, French emperor Napoleon sparked a series of bloody wars across the continent and beyond between 1799 and 1815.

Amid the spring and summer of 1809, the War of the Fifth Coalition broke out, pitting the French Empire against the Austrian Empire, which sought to break up Napoleon’s influence.

In May 1809, the Battle of Aspern-Essling on the outskirts of Vienna marked the 1st major defeat in Napoleon’s military campaigns.

6 weeks later, Napoleon mounted a comeback, surprising the Austrian army by advancing under the cover of a thunderstorm on their camp near what is today Deutsch Wagram.

Now, Austria’s highway authority, ASFINAG, is building a speedway stretching east of Vienna to the border with Slovakia, and the planned route cut through Deutsch-Wagram.

To comply with cultural heritage laws, ASFINAG had to bring in archaeologist to look for any historical remains that might be destroyed or covered up by the highways.

“We always knew that this battle field was around here, but there has never been planned or focused archaeological research on it,” said archaeologist Alexander Stagl, CEO of Novetus, a cultural resource management firm in Vienna, which won the contract for the rescue excavation at the site. “We are in the hotspot of the battle. This is the reason I think we have soo many findings.”

Stagl’s team has been excavating the sites since March 2017, and they estimate that they might still be digging well in to the end of this year.

It is a massive and costly project, one that Stagl does not think archaeologists would typically get to undertake purely for the sake of research.

One of the sites they are charged with investigating covers an area about the size of 27 American football fields. ASFINAG has said it set aside three million euros ($3.5 million) for the excavation, with half of that money going to the farmers whose land must be rented for the dig to take place.

Slawomir Konik, the archaeologist managing the excavation of the battlefield, has something like a makeshift detective’s office inside a shipping container with photos of a mass grave, historical maps of the Austrian camp and pictures of buttons on the walls.

The buttons may have the answers to a lot of questions, Stagl said, and studying these objects is “a science of its own.”

Many of the soldiers were buried fully clothed, and while the textiles have disintegrated over time, the metal buttons have survived.

These objects can tell archaeologist about the ranks and nationalities of the soldiers discovered on the battlefield. Based on the buttons in one grave, Konik thinks the team has found a French officer, and eventually, with more research, they might even be able to identify this man by name.

But it is not just high-ranking officers the archaeologists are interested in. Hannah Grabmayer, of Novetus, and Michaela Binder, of the Austrian Archaeological Institute, have been conducting an anthropological investigations of the skeletons.

Of the fifty skeletons excavated so far, most of the people are young men between about 16 and 30 years old, and Binder said their bones bear traces of scurvy from vitamin C deficiency, inflammation of the joints from long marches carrying heavy loads, and infections like pneumonia and other diseases that would have spread in the cramped conditions of the military camp.

The 6 weeks between the Battle of Aspern-Essling and the Battle of Wagram seem to have been hard on the soldiers, with an increase in evidence of respiratory diseases seen in the skeletons found at Deutsch-Wagram, Binder said.

She noted that the stories of the average soldier often were not recorded in the official histories, diaries, and poems about the Napoleonic War. “I think bioarchaeology has the responsibility to document their stories,” Binder said. “These were the men that bore the brunt of the battles … 55,000 people dead in two days — that’s hard to imagine.”