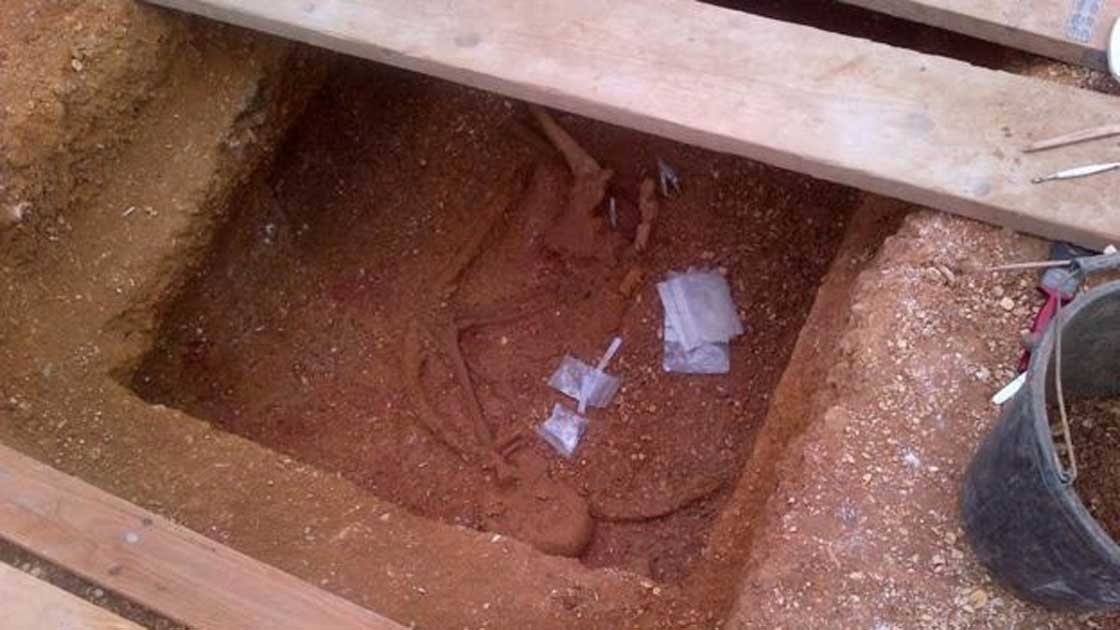 An archaeologist from The Australian National University (ANU) has hailed her excavation of a Bronze Age burial mound in south-west England a huge accomplishment with the discovery of an intact 4,000-year-old human cremation as well as evidence of unaccountable activity from the medieval period on the same site.

Her 14 day dig over Easter was the first time such a site in the area has been excavated to modern archaeological standards.

She said when digging began, local agriculturists told her they’d plowed the field in their childhood, so she did not expect the site to be so well preserved.

“We were so excited to discover such a lot of archaeology on the site despite scores of generations of plowing, but to find an intact clay urn buried 4,000 years back just 25 centimeters beneath the surface is nothing short of a miracle,” said Dr. Frieman.

This and other proof from the site has led her to conclude there was most likely a large mound over the burial which existed from prehistory well into the middle ages protecting the center of the barrow.

“This is a sealed, intact cremation so it has the potential to tell us a lot about the cremation rite as it was practiced 4,000 years ago.

We also appear to have some identifiable fragments of bone among the cremated remains so we will potentially be able to tell a lot about the individual themselves,” she said.

“We will be able to say what gender they were, possibly their age, or an age range, and depending on the bone preservation we can conduct a investigations to examine where they were from, what their diet was like, where this food was coming from and what they ate and drank as a child when their teeth were forming.

This is a very beautiful, very complete burial, and we were very excited,” she said.

Other items discovered include various examples of Cornish Bronze Age pottery, flint tools, and two high quality hammerstones, used to make flint tools. But, what has puzzled Dr. Frieman and her team was the discovery of medieval activity on the similar site.

“The site has thrown up a huge mystery for us because we found what we believe is an entire — albeit crushed — medieval pot from the twelfth or thirteenth century AD, precisely placed under a couple of layers of flat stones.

It had some cooked food remains adhering to it and we don’t know what it’s doing there or why.”

“Several of years after the barrow was built, someone from the 12th or 13th century came back to this site and dug into it to bury this pot.

“At that stage, there were two local monasteries in view of this site, as Looe Island was a satellite monastery of the Glastonbury Abbey, so it would be exceptionally weird to have non-Christian activity on this site.

The proofs look quite ritualistic, but what the ritual was, we don’t know,” she said.

The team also unearthed a roundhouse — an ancient dwelling or land marker nearby, possibly from 500 BC and are trying to deduce possible reasons for the location of the barrow.

“This was a traversed place and regularly visited over the millennia, it affords a sweeping view of the south shoreline of England and we know that there are a series of Bronze Age shipwrecks off this coast, so this was an important shipping highway in prehistory.”

The examination of soil, pollen, flint, and different samples is underway but it will probably be a year before a comprehensive story of the find is possible.

Dr. Frieman said the dig would not have been possible without the assistance of a team of enthusiastic and skilled volunteers from the Cornwall Archaeological Society, the tenant farmers, John, and Vanessa Hutchings and the strong help of the National Trust who own and manage the site and their Regional Archaeologist James Parry.

The unearthing was funded through a Discovery Early Career Researcher Award (DECRA) and a contribution from the ANU College of Archaeology and Anthropology.