The Indus Valley of Pakistan in 1922-An officer discovered the remnants of an ancient city Mohenjo Daro (which means Mound of the Dead), considered to be one of the oldest settlements in the world.

According to archaeologists, the city was built around 2600 BCE and was one of the largest major cities in the area in its day.  It is unclear who exactly inhabited this ancient city during this period.

Among its ruins you cannot find large buildings, palaces or temples; however, the city could accommodate about 34000 inhabitants, had a complex infrastructure including water and sewage systems, and housed wealth, evidence of which has been found in pottery and other archaeological items. 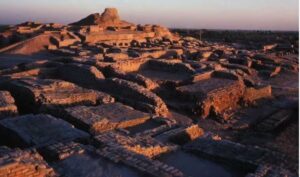 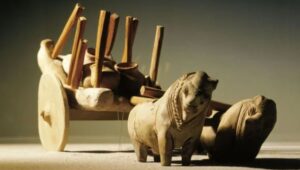 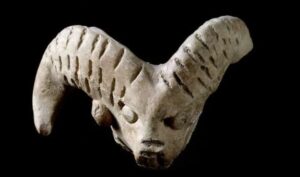 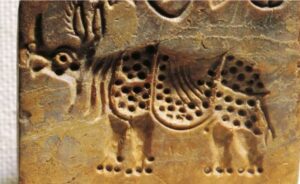 But what ended that civilization? Why did they suddenly disappear? This also remains a mystery. There are speculations that the city was abandoned because of climate change or lack of trade, but other suggestions go beyond our imagination.

Many conspiracy theories suggest—but have not verified—that something much bigger happened in Mohenjo Daro. Scientists in Pakistan believe that the city is much older.

They note that during the excavations of 1922, a large number of skeletons were found lying down suggesting that they suffered a sudden death. Furthermore, the bricks found in the ruins show signs of melting from extreme temperature, similar to that found after a nuclear explosion.

According to William Sturm, the bricks could not have melted by just fire , but something more intense. Some researchers even claim that some areas at Mojenjo Daro have radiation levels that are higher than expected. None of these arguments have been proven, but the findings certainly raise some interesting questions.

David Davenport , an English researcher,  suggested that the great city of Mohenjo Daro refers to one of the Bhagavad Gita sites that suffered a sudden attack and destruction.

An attack of that scale—which devastated the whole city—has many similarities to a nuclear holocaust, as is described in Mahabharata. Yet in Mahabharata—although there are many references to fights, instant deaths, strange weapons, and strange flight machines, and gods with super powers—there is no clear reference to an atomic explosion.

Mohenjo Daro still puzzles archaeologists and is open to new discoveries and new evidence that will answer all questions. Whatever truly happened there, it is a mysterious place waiting to be explored.