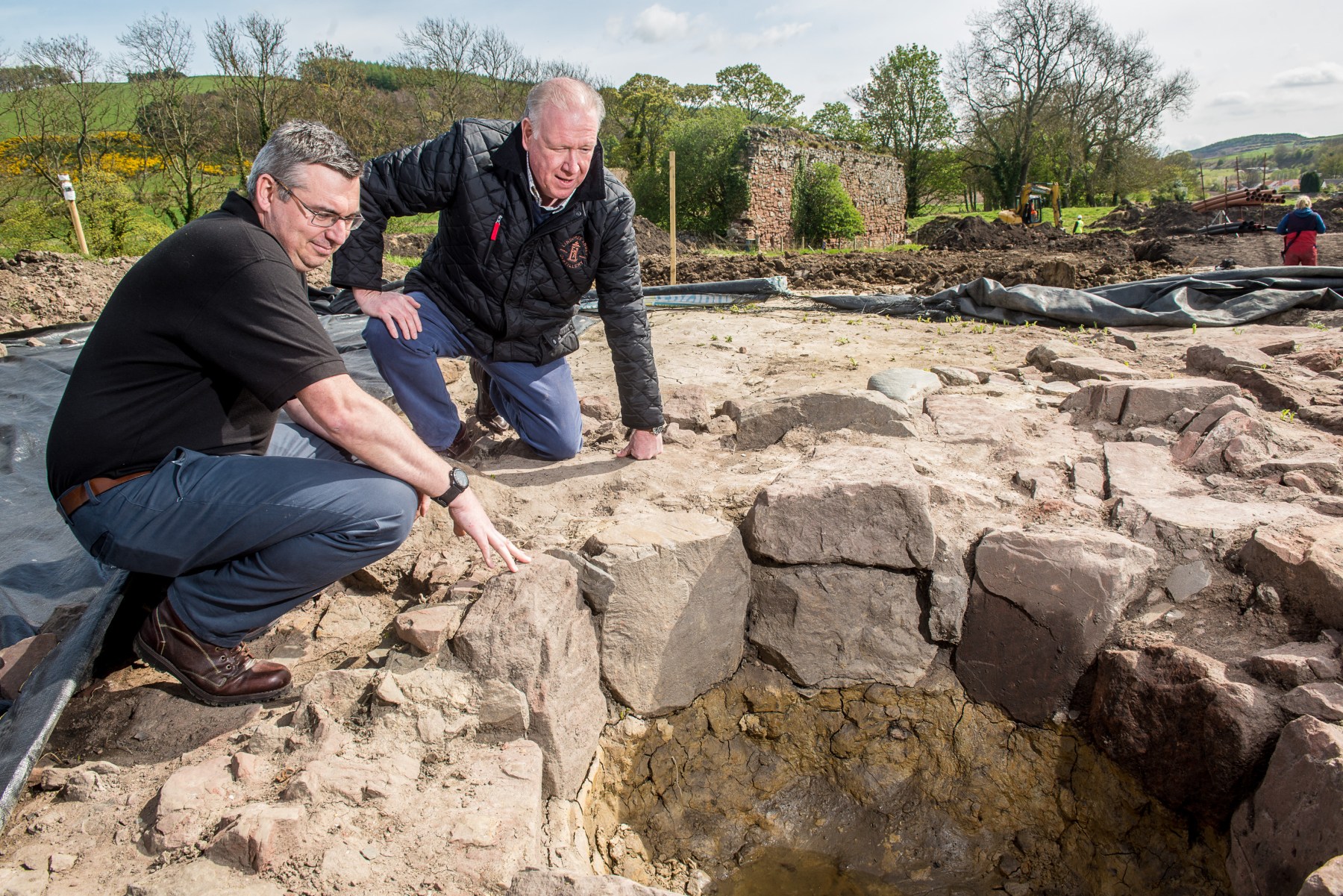 A medieval structure, believed to be one of the world’s oldest whiskey stills, has been Found among the ruins of a Scottish abbey.

Archaeologists revealed the structure at the site of Lindores Abbey in Fife, noting that it is consistent with medieval kilns.

Residue discovered within it is said to be in keeping with medieval brewing and distilling practices.

Traces of charcoal, barley, oats, wheat, and pottery dated back to medieval times have been Discovered at the structure.

The Abbey was established in 1191 on land given by King William I of Scotland to his brother, the Earl of Huntingdon.

Scottish knight William Wallace, whose life was famously depicted in the Hollywood movie “Braveheart,” took shelter at the abbey after fighting the English at the Battle of Black Earnside in 1298.

Whiskey distilling at the site dates back to 1494, according to the Exchequer Rolls of King James IV of Scotland, marking the first written record of Scotch whiskey distillation.

A modern distillery stands near the site of the abbey.

Experts are thrilled by the discovery of the whiskey still.

“It is difficult to overestimate the potential significance of this discovery,” said Lindores Abbey Distillery Founder and Managing Director Drew McKenzie Smith, in a statement.

“Many signs point towards this being one of the earliest stills ever Found, and this is almost certainly the site referenced in the Exchequer Rolls of 1494 that include the first ever written record of aqua vitae or whiskey, as we know it today.”

Traces of charcoal, barley, oats, wheat, and pottery that date back to medieval times have been found at the structure.

At that time, the abbey’s priests were starting to distill their “bols of malt,” which we now know as Scotch whiskey.

The structure believed to be a whiskey still was found next to the abbey’s grain store.

“Lindores Abbey has long been considered the spiritual home of Scotch whiskey, and this disclosure underlines the historical importance of this site,” said McKenzie Smith, in the statement.

The still is the most recent fascinating historical find in Scotland. Earlier this year, for example, archaeologists on a remote Scottish island found a stone anvil from the mysterious ancient Pictish people.

Elsewhere in Scotland, archaeologists have likewise been making impressive finds. For example, a treasure trove of ancient artifacts was found earlier this year at a fort that archaeologists believe was razed to the ground by Vikings.

Specialists at the University of Aberdeen made the remarkable finds at Burghead on Scotland’s northern Moray coast.

The fort, which was once used by the Picts, is described as the largest of its kind in Scotland.

In 2014, a stunning hoard of ancient silver, believed to have been used as bribes by Romans, was found with a metal detector by a teenager in Dairsie, in the Scottish region of Fife.