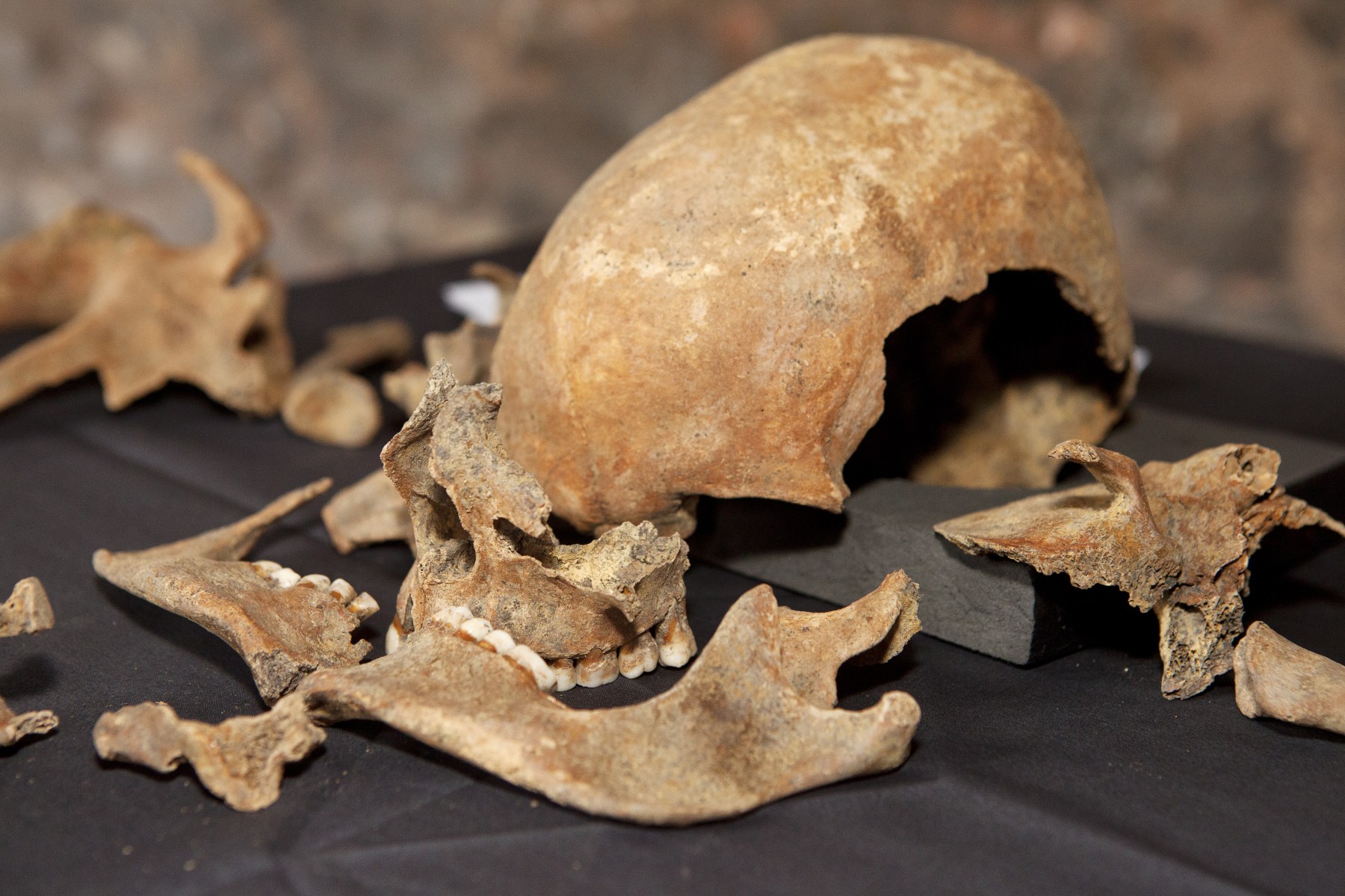 Skeletons unearthed during excavations for London’s Crossrail project are those of Black Death victims who were buried during the 14th and 15th Century pandemics, DNA investigation has revealed.

The skeletons of 13 men, 3 women and 2 children, along with 7bother unidentifiable remains, were found under Charterhouse Square in Farringdon during excavation work for the £14.8 billion project.

It is thought that the area close to the Barbican Centre, which was just outside the city boundary at that time, may be the location of the second emergency burial ground referenced in historical documents but until now it had never found.

Set up in the capital to cater for the masses of bodies, it means that thousands more could have been buried in a mass grave in the region.

A ‘community excavation project’ is set to take place in July to try to determine the extent of the cemetery.

Carbon dating techniques on 10 of the skeletons conducted by researchers from Queen’s University Belfast indicated three separate “phases” of burials – coinciding with known separate outbreaks of the plague in the capital.

The Black Death spread from Europe to England in 1348 and the layer of bodies found at the bottom of the excavation site are assessed to have been buried between 1348 and 1349, while a 2nd layer were dated to coincide with a second outbreak of the plague in 1361, the researchers said.

The final layer of bodies were laid to rest between 1433 and 1435 , when another devastating event of plague swept through London.

Four of the skeletons had remnants of the Yersinia pestis bacterium – which causes plague – on their teeth, DNA investigation showed.

Return Of The Black Death, during which scientists from Public Health England in Porton Down will argue that the DNA proof shows that the plague must have been spread by coughs and sneezes rather than fleas on rats – as has been popular belief for many years.

The team led by Dr Tim Brooks argue that the infection spread so quick that it must have got into the lungs of already malnourished victims, meaning the outbreaks were in fact pneumonic plague rather than a bubonic plague.

Many of the bodies showed signs of weak health and of having jobs that involved heavy manual labour, the Queen’s University specialists said, noting a high rate of back damage and strain.

4 out of the 10 remains analysed are from people that grew up outside the capital, as far north as Scotland, showing that, similarly as today, London drew people from across the country.

Osteologist Don Walker, from the Museum of London Archaeology (Mola), said he was “amazed” how much information could be gathered about each person.

“The skeletons found at Crossrail’s Farringdon site provide a rare opportunity for us to study the medieval population of London that experienced the Black Death,” he said.

“We can start to answer questions like: where did they originate from and what were their lives like? What’s more, it allows for detailed examination of the pathogen, helping to characterise the history and evolution of this devastating pandemic.”

“This is probably the 1st time in modern archaeological investigation that we have finally found proof for a burial ground in this area which potentially contains thousands of victims from the Black Death and potentially later plague events as well.

“Historical documents suggest the cemetery was established for poor strangers.

There is no doubt from the osteological work that the people buried here were not the wealthy classes, and they are representing the typical Londoner.”

Around 1.5 million Britons – more than a 3rd of the population – died as a result of the Black Death, while around 25 million perished across Europe.

More than 10,000 items of archaeological interest have been uncovered since the Crossrail project began.