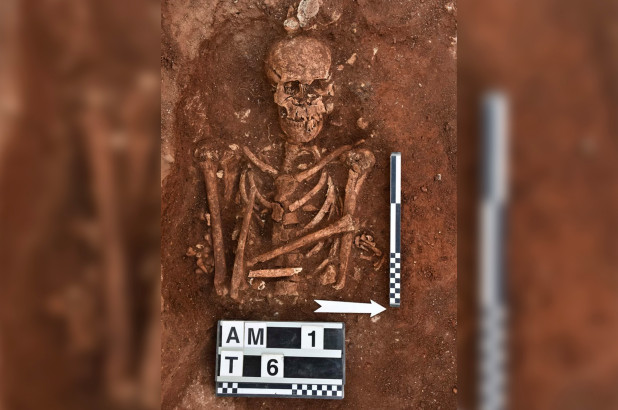 The discovery of Ten burials near a medieval church in Sicily has led to a rare finding: the skeletal remains of the descendants of Vikings.

Archaeologists Discovered the 800-year-old burials near the church of San Michele del Golfo near Palermo.

The buried People were likely Normans, a group that arose when the Vikings, also known as Norsemen, settled in northern France and founded their own duchy (a dukedom), according to the Encyclopedia Britannica.

“Some of the dead buried in the cemetery were undoubtedly members of the elites or the clergy.

As the form of some of the graves indicates,” Sławomir Moździoch.

The head of the excavation and an archaeologist at the Institute of Archaeology and Ethnology of the Polish Academy of Science in Warsaw, said in a statement.

After examining the Ten burials, Moździoch and his colleagues determined that 3 of the graves belonged to women and two to children.

No grave goods were found within the burials.

But a visual examination by an anthropologist helped the team determine that the dead were likely from Western European, meaning that they were probably Normans from northern France.

“As per the local anthropologist, the tallness and massive build of skeletons of people buried here demonstrate this origin,” Moździoch said.

It is not surprising to find Normans in Sicily.

The Normans sent out expeditions to southern Italy and Sicily, as well as to England, Wales, Scotland and Ireland, , as per to Encyclopedia Britannica.

“In the second half of the eleventh century, the island was recaptured from the Arabs by a Norman nobleman, Roger de Hauteville,” Moździoch said.

The cemetery containing the bodies was associated with a church hospital mentioned in a twelfth -century document.

The construction of the church started before Palermo, a nearby city, was recaptured from the Muslims.

That is why the church was fortified and built on a hill, which is a strategic place for battle, Moździoch said.

“The Western European form of the church — its architecture, but also found coins minted in Champagne and Lucca.

Indicate that its builders and users could have come from Normandy and the north of the Apennine peninsula,” Moździoch said.