An ancient mummy with its mouth agape and tensed visage, almost frozen in time that sadistically captures its terror and pain, is that the stuff of nightmare.

And as most of people would agree, from the visual angle, the moniker of the Screaming Mummy does the above specimen its fair share of justice. but, beyond the sense of dread, the mystery surrounding the Screaming Mummy relates to its actual identity harking back to the olden times.

To that end, this person otherwise known as Unknown Man E – currently displayed at the Egyptian Museum in Cairo, was probably responsible for murdering ruler Ramesses III (who ruled from 1184-1155 BC).

The debate in the academic circles pertains to the fate of Unknown Man E when he committed his crime. According to some scholars, he went on to take his own life (during the trial) by either poisoning or hanging himself. Others believe he may have been sentenced to hanging due to his part in the conspiracy to Murdered the pharaoh.

In any case, the sequence of events alludes to the chance that the mummy belongs to Prince Pentawere the son of the pharaoh – whose death sentence was confirmed by contemporary papyri that documented the total affair. 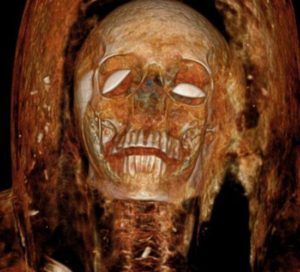 The hypothesis of Prince Pentawere is rather strengthened by the DNA evidence that links Unknown Man E and Ramesses III in a father-son relationship.

And interestingly enough, careful analysis of the Screaming Mummy also revealed marks around his neck that suggests death by hanging (either by suicide or by the order of the judiciary). moreover, in spite of Unknown Man E’s own violent death,

His assassination attempt was also successful, as proven by slash marks on the neck of the pharaoh’s mummy. These scars were found during an investigation conducted by a team of scientists in 2012.

Coming to the historical aspect of affairs, the Judicial Papyrus of Turin (as termed by modern Egyptologists) pertains to the set of ancient Egyptian manuscripts that documented the murder trial of King Pentawere.

According to the text, the incredible trial was conducted by a group of royal butlers who remained loyal to Ramesses III. The judiciary method soon transformed into a sensational scope that targeted a large number of people – both men and women, several of whom were condemned to death or mutilation.

The conspirators in themselves usually hailed from the elite background, thus including members of the military, administration, and the royal harem. 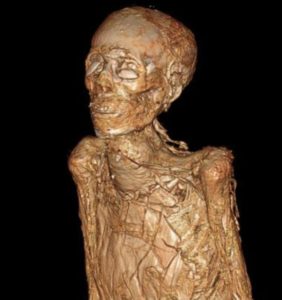 The part relating to Pentawere in the Judicial Papyrus of Turin reads like this (as translated by A. de Buck) –

[Prince Pentawere] was brought in because he had been in collusion with Tiye, his mother, once she had plotted the matters with the women of the harem. [Pentawere] was placed before the butlers in order to be examined; they found him guilty; they left him wherever he was; he took his own life.

Relating to the last part of the statement, it yet again brings us to the debate concerning Prince Pentawere and his ‘method’ of demise.

Anyhow, from the archaeologic perspective, the Screaming Mummy was originally found in the Deir el-Bahari tomb complex, way back in 1886. And in spite of the site being a part of the royal burial site of Thebes, the mummy in itself was rather unceremoniously mummified, an act that symbolically mirrored the disgraced life of the deceased.

To that end, the embalmers intentionally didn’t use preserving fluids or remove any of the inner organs, while leaving the corpse to dry in natron (and also pouring some resin into the open mouth).

At the same time, they wrapped the body in sheepskin, a material thought be ceremonially impure by the ancient Egyptians.

In any case, historians still do not know why the visage took a ‘screaming’ turn in the first place.

Such uncommon mummification has perplexed Egyptologists and no one has succeeded in knowing the story behind such a mummy until the launch of the Egyptian Mummy Project several years ago under my direction to create a complete database of forensic information related to the mummy collection at the Egyptian Museum. 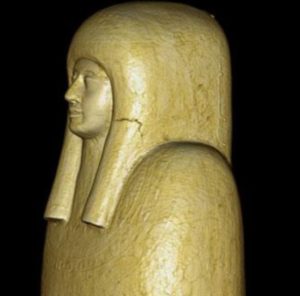