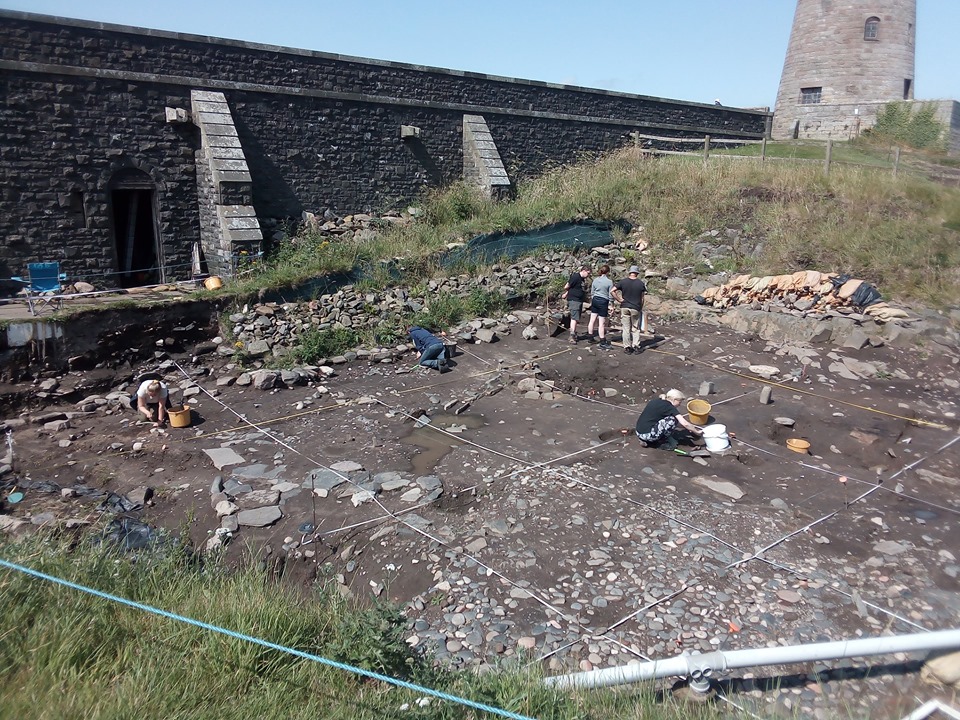 A highlight for archaeologists at the Bamburgh Research Project during their annual summer dig has been uncovering evidence of a building.

Project director Graeme Young, providing an end of a season blog update, said: “It has been a busy but productive excavation season and, as always, seemed to come to a close all too soon.

“Thankfully it seems very likely that one of our principal objectives for the summer, which was to identify a building, or buildings, associated with our large and impressive-looking cobble surface, was fulfilled.”

They had been looking for post-holes or beam slots of a series of modest to small buildings that would front onto the cobbles.

This was based on the metalworking building/forge that they had seen in a later (9th century) layer, that was build alongside a pebble pathway.

“As is often the case in archaeology, what actually was found turned out to be a little different,” said Graeme.

“Instead of a series of smaller structures, we have now identified a large building.

“Rather than seeing evidence of the building itself, what we found was that the edges of two cobble and pebble surfaces align at 90 degrees (a right angle, like the corner of a rectangle) and therefore appear to outline the space where two sides of a structure once stood.

“As we only have its outline in general so far, we are still uncertain if, like the later 9th century one, it was associated with metalworking or some other industrial style activity.”

“This year we were also fortunate to have a donation to fund some radiocarbon dates, and we used them to confirm the date of the cobble surface and some potential associated features in the main section.

“As this is an important, and very likely deliberately-planned surface, being able to more closely date this will help to interpret it better.

“This new dating has confirmed that the cobble and pebble surface that outline two sides of the large timber structure are of the right date to be contemporary and are mid-7th to mid-8th century.”