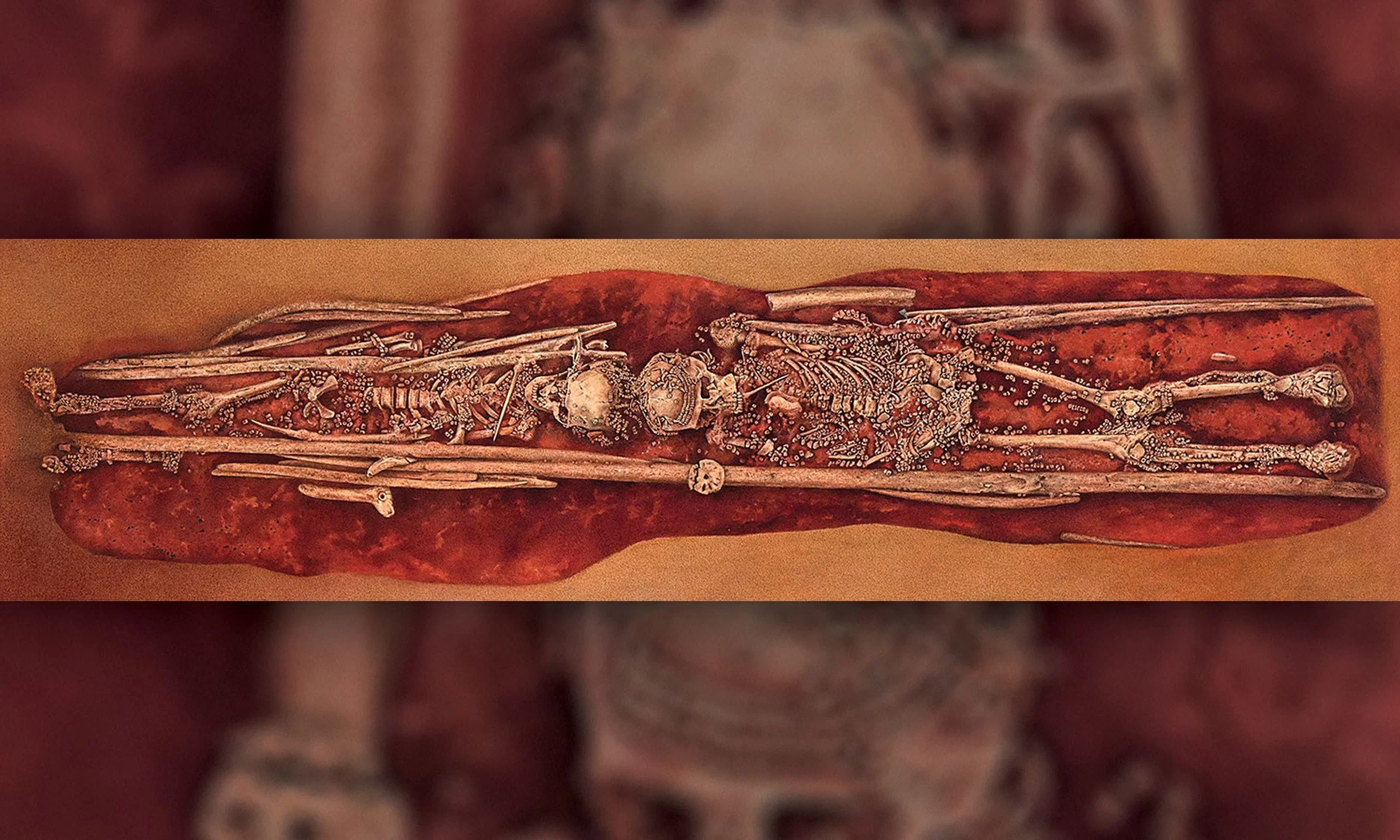 About 34,000 years ago, a group of hunters and gatherers buried their dead — including 2 boys with physical conditions — using the utmost care. However, these dead were buried in fairly different ways, a new study finds.

In contrast, the remains of a roughly 40 year old man, an individual who would have had more time and physical ability to contribute to the group, had far fewer treasures: about 3000 mammoth ivory beads, 12 pierced fox canines, 25 mammoth ivory armbands and a stone pendant.

“The burial of the adult is, in fact, very different from the burial of the children from the mortuary behavior point of view,” studied co – lead researcher Erik Trinkaus, professor of anthropology at Washington University in St. Louis.

Researchers have known about the Sunghir burials. The burials, which date to the Mid Upper Paleolithic, are located on the northeast outskirts of Vladimir, Russia, and were excavated from 1957 to 1977.

When these hunters and gatherers lived, about 34000 years ago, the region was going through a slightly warmer period than the ice ages before and after it, the researchers noted.

The warmer weather explains, in part, how these ancient people were able to dig graves in what would have otherwise been frozen ground, the researchers added.

In total, there are Ten men and women buried at Sunghir, but the 2 boys have, by far, the most spectacular riches of the lot, the researchers said.

The boys also have physical conditions that likely limited the individuals during their short lives.

Both boys experienced repeated periods of extreme stress, according to an analysis of their dental enamel, the study said. What’s more, the Ten year-old boy’s thighbones are “exceptionally bowed and short,” Trinkaus and co-lead researcher Alexandra Buzhilova, an anthropologist at Lomonosov Moscow State University, in Russia, wrote in the study.

But otherwise, the young boy was physically active, an analysis of his skeleton showed.

Meanwhile, the 12-year-old boy’s teeth had almost no wear, “which, to us, does not sound like much, but people from this time wore their teeth down quickly,” Trinkaus said.

Analyses of his skeleton indicate that the boy was bedridden, Trinkaus added. It is possible the group was feeding the 12-year-old boy soft foods, such as porridge, but “it is really bizarre to have an individual who looks like he was bedridden in a group of hunters and gatherers who were extremely mobile,” Trinkaus said.

These two boys are not the only people with disabilities known to have received burials during this time period. “Indeed, in the Mid Upper Paleolithic, People with marked developmental or degenerative abnormalities are relatively common in the burial record, accounting for a 3rd of the sufficiently well-preserved individuals,” the researchers wrote in the study.

However, it was slightly less common for youngsters to receive such a burial during this period, the researchers said. What really caught the researchers’ attention was the diversity of the burial artifacts.

Some people had only a few fox canines and mammoth ivory beads, while other individuals did not have anything. This indicates social complexity because it shows that people were treated differently in death, and probably in life, too, Trinkaus said.

The finding shows that you did not have to be a “big, adult male hunter” to get an extravagant burial during the Mid Upper Paleolithic, said Lawrence Straus, a distinguished professor emeritus of anthropology at the University of New Mexico, who was not involved with the study.”In this case, adolescents — people with disabilities or pathologies that would have limited their full functioning — are getting some amazing treatment.