The Persian Qanats added two years ago to the UNESCO World Heritage List, are one of the oldest engineering wonders in the world. 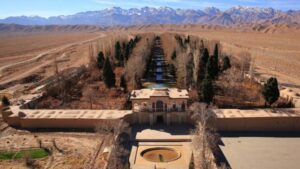 Qanats started In the Iron Age, when surveyors discovered that a water supply at the head of a river valley could be redirected to construct tunnels that would carry the stream to where water was needed, eventually opening up into an oasis at ground level.

Today, the qanats are identified by the holes that can still be seen above ground, created as air shafts to release dust and bring oxygen to workers digging the tunnels by hand.

An integral part of Iran

Iranian filmmaker Komeil Soheili has documented the Persian qanats for National Geographic. He told the publication, he believes they are an “integral part” of the landscape of his Iranian native province.

“The diversity of landscapes and cultures [in Iran] is something that’s not well understood by the world. One of the oldest civilizations in the world came from this amazing creation,” he said. 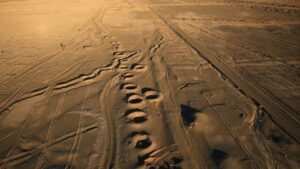 The eleven Persian qanats that constitute this impressive elaborate and orderly system also include rest areas, water reservoirs, and watermills. Building this network, however, was no easy feat.

Each qanat construction requires great precision as the angles of the tunnels’ slopes need to be at just the right degree to ensure water flows freely but not forcefully enough to aggravate erosion and collapse the tunnel.

To this day, the somewhat fragile system still requires yearly maintenance and can easily fall into disrepair.

In the 1960s and 1970s, an administrative tangle saw damage come to many qanats as a result of the breakdown of their traditionally imposed communal management system.

Soheili said this breach was partially due to the disappearance of communities’ reliance on the tunnels.

“People don’t depend on qanats anymore, as it was before,” he explained. Today, the underground channels are more of a “hobby” since working in the system no longer provides financial sustenance.

Their historical and cultural impact, however, can not be denied. The irrigation tunnels were responsible for allowing civilizations and agriculture to bloom in a harsh and arid desert hostile to both.

Perhaps their most substantial effect can be witnessed in the history of the city of Persepolis located in the Fars province of south-west Iran.

The metropolis built by the Achaemenid Persians in a dry desolate and unforgiving area became one of the most vibrant cultured cities in the world still revered today for its unique palaces equipped with lavish gardens that bloomed with unparalleled beauty. 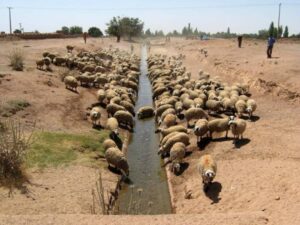 The qanat technology also spread as far as Morocco and Spain proving its ubiquitous usefulness and appeal.

This is partially due to the fact that the system also helps lower indoor temperatures which meant it was often used as an ancient method of air conditioning and refrigeration. Talk about innovation!