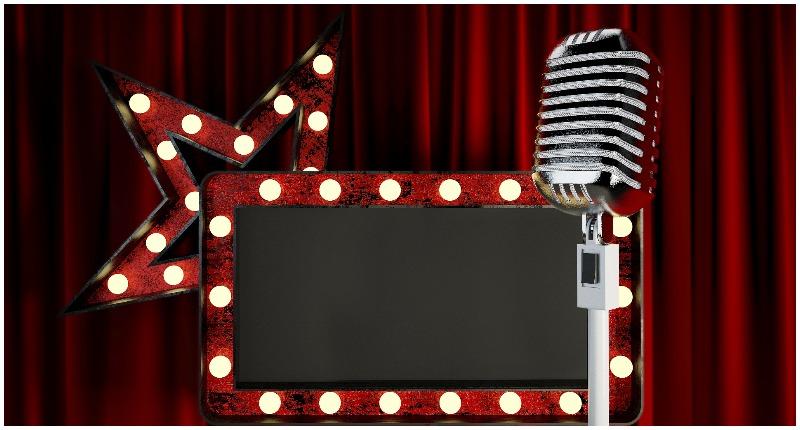 An American Comedian who Passed Away Live on Stage

Comedian, writer and character actor Harry “Parkyakarkus” Einstein (1904-1958) got his first break on national radio in 1934. His popularity snowballed, and by 1945 he was writing and performing his own show, Meet Me at Parky’s, on NBC.

He began to wind down in the 1950s as his health began to decline, but every appearance was still loved by his fans. Right after delivering what the Los Angeles Times described as “the most hilarious speech of his career” at the Friars Club, he suffered a fatal heart attack while still on the stage.

Einstein was born on May 6, 1904, in Boston, Massachusetts. After High School, he took a job as a newspaper reporter, but he had already found his real passion in life: Comedy. He began performing comedy routines in his free time, picking up spots in vaudeville shows and nightclubs, while building a successful career as an advertising manager for a series of furniture stores. A mastery of dialects was Einstein’s trademark.

When his friend Joe Rines persuaded him to appear on Rines’ local radio show, Einstein created the character of Nick Parkyakarkus. The character was based on the Greek immigrants he’d met through his father’s business dealings.

The national networks pricked up their ears, and Parkyakarkus was invited to appear on Eddie Cantor’s radio show. The response was so great that he was given a permanent part on the show.

Even during a time when dialect comedians were fairly common, Einstein had a gift for coming up with new material and keeping the character fresh.

The character was so popular that he even tried to have his name legally changed to Parkyakarkus. The judge turned him down, despite his arguments, but his star on the Hollywood Walk of Fame bears the name Parkyakarkus. That job led the way to become a regular guest on Al Jolson’s radio show and eventually to making some movies, including Strike Me Pink (1938), She’s Got Everything (1938), and Sweethearts of the U.S.A. (1944).

In the mid-late 1940s, Einstein developed heart problems and also had spinal surgery, which forced him to reduce the amount of performing he did and focus on gag writing for the last decade of his career, according to Old Time Radio.

Thanks to being wise with his money, he wasn’t in any financial distress, and the only performances he continued to do were at Friars Club Roasts. It was at one of these events that Einstein gave his most dramatic, and final, performance.

On November 24, 1958, the Friars Club was having a roast to honor Lucille Ball and Desi Arnaz, who had just finished their sixth and final season of I Love Lucy, still at the top of the ratings. The celebrities doing the roast were some of the biggest names of the time.

The emcee was Art Linkletter, and guests included George Burns, Tony Martin, Milton Berle, and, of course, Einstein. By all reports, Einstein gave a stellar performance, leaving his audience laughing and applauding wildly. At the end of his act, he returned to his seat next to Milton Berle.

Linkletter was giving him the same standing ovation and wondering why someone who was so talented wasn’t performing on television regularly when the unthinkable happened. Einstein pitched over, collapsing onto Berle.  According to Good History, the audience kept laughing and clapping, apparently thinking it was still part of his act, but Berle knew better and called out asking if there was a doctor in the house.

Five physicians came forward from the audience, and Einstein’s friends carried him to a corridor offstage so he could be examined. One of the doctors sterilized a pocket knife and used it to cut open Einstein’s chest and began massaging his heart.

Another of the doctors used the two ends of an electrical cord to try to shock Einstein’s heart back to a normal rhythm while they waited for paramedics to arrive. The whole scene was happening in front of the patient’s crying wife and their 18-year-old son.

The same source goes on to say that while the professionals were working on Einstein backstage, Linkletter tried to get the show onstage moving again. Milton Berle asked Tony Martin to sing for the audience, and Martin agreed, singing “There’s No Tomorrow”, an apt, if unfortunate choice.

Martin’s performance was followed by a song from George Burns. The show continued, with the sounds of the machines being used on Einstein traveling from backstage between acts.

Finally, after two hours of concerted effort to save the comedian’s life, he was pronounced dead from a massive heart attack.  A report from the LA Times gives a slightly different account of what happened on stage after Einstein’s collapse. That report said that Linkletter tried to get the next comedian, Danny Thomas, to do his act, but Thomas shook his head and sat down.

One thing all sources agree on, though, is that Arnaz came to the microphone, picked up the award, and said “This offering meant so much to me. Now it means nothing. Please, everyone, pray to your own God that he will be saved.” He put the award in his pocket and sat back down.

His wife, Lucille Ball, went to the microphone, crying, and simply said, “I can say nothing,” before leaving her award on the table and sitting down, herself. Many of the audience members left, although a number of them stayed until Einstein was pronounced dead at 1:20 am.

There are those who might say that for a performer to die onstage, doing what he or she loved best, is a good way to go. That may even be true for the performer, but, somehow, we suspect that the experience was a very different one for the people on the stage and in the audience who watched the shocking scene unfold. One thing is for certain, though. It was certainly a night no one present would ever forget.