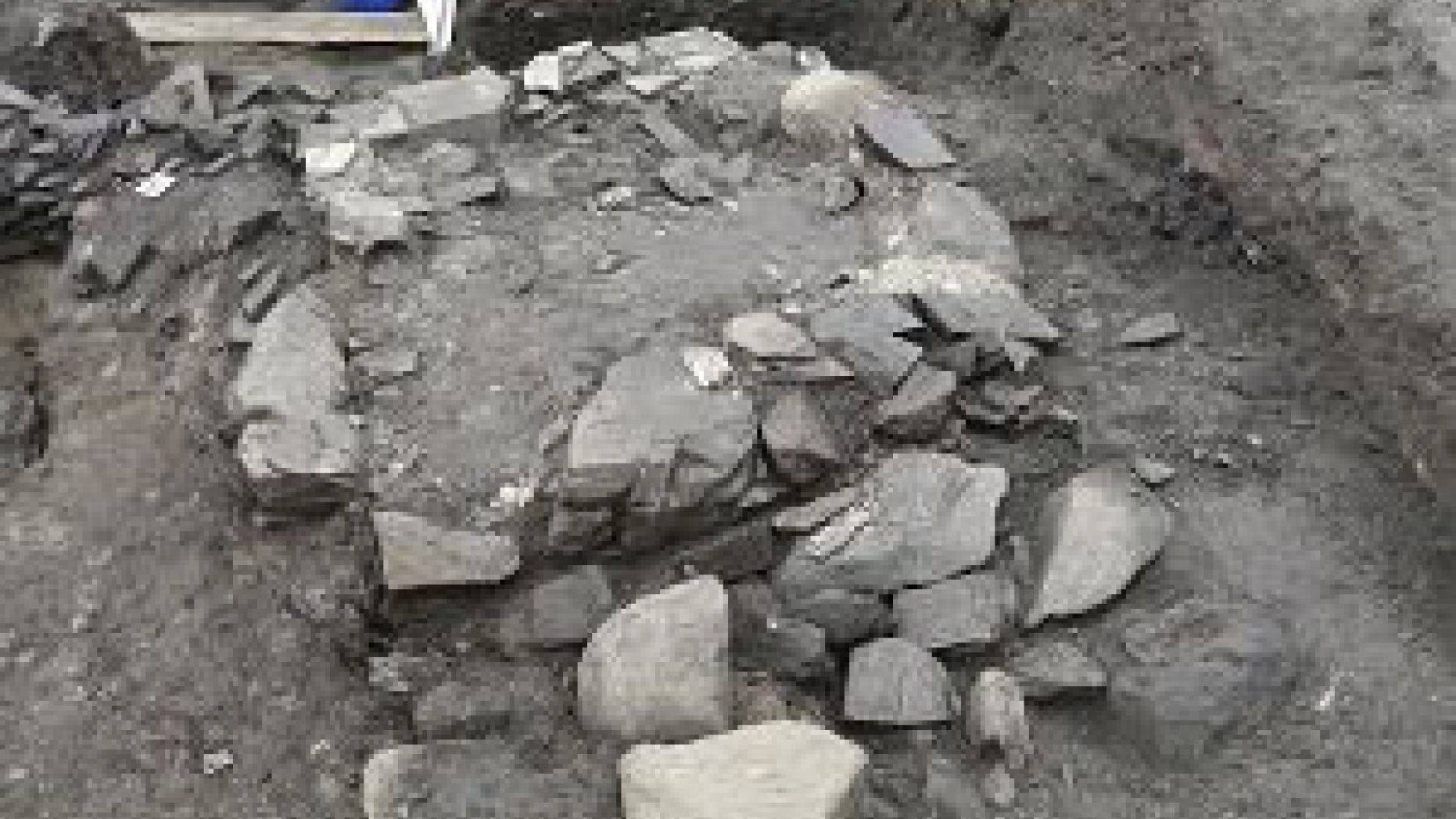 Archaeologists in Trondheim, Norway have uncovered the church where Viking King Olaf Haraldsson was first enshrined as a saint.

Experts revealed the stone foundations of a wooden stave church where Haraldsson was likely enshrined after he was declared a saint in the 11th century.

Olaf Haraldsson, or Olaf II of Norway, is the country’s patron saint. The lord’s sainthood played a key role in the introduction of Christianity to Norway at the end of the Viking age.

“The recent Excavations of the foundations of a church in the center of Trondheim by archaeologists working for the Norwegian Institute for Cultural Heritage Research (NIKU) is one of the most significant archaeological Founds in Norway in recent times,” NIKU Excavation Director Anna Petersen told FoxNews.com, via email.

Haraldsson passed on fighting rival nobles in the Battle of Stiklestad in 1030 and his body was buried in Trondheim, or Nidaros as it was then known.

Local people soon reported tales of miracles attributed to the dead king, according to NIKU, and in 1031 his coffin was dug up and opened in the presence of a bishop, uncovering his well-preserved body.

The dead king has announced a saint and his remains were enshrined above the high altar of St. Clement’s Church, which became his first mausoleum. Olaf’s coffin rested in the church for a number of years before it was moved to a larger church. The remains were eventually enshrined in Trondheim’s Nidaros Cathedral.

St. Clement’s Church was demolished in the thirteenth century and its location remained a mystery until NIKU archaeologists unearthed the site in Trondheim, which was dated to the time of Olaf’s rule.

“Amid its excavation, the archaeologists revealed a small rectangular stone-built platform at the building’s east end,” said NIKU, in a press release. “This is probably the foundation for an altar – probably the very same altar on which St. Olaf’s coffin was placed in 1031!”

THE REAL REASON FOR VIKING RAIDS: SHORTAGE OF ELIGIBLE WOMEN?

A small well was also Found at the site, which may have been a “holy well” associated with the saint’s remains. Olaf himself built St. Clement’s Church, probably shortly after 1015.

“Excavations will continue here,” said Petersen. “There are already indications that Olaf’s church may not have been the first building constructed on the site.”

The archaeologist explained that large post-holes found underneath of the church may belong to an even earlier wooden church that may have been built by King Olaf I Tryggvason, another Viking ruler associated with the introduction of Christianity to Norway at the end of the 10th century. And below that lie even earlier archaeological remains that may belong to a Viking-age kaupang, or trading settlement, from which the medieval city of Trondheim grew.

“This site has still not uncovered all its secrets, and will continue to provide archaeologists and historians with much new information about events in Scandinavia Amid the transition from the Viking age to the medieval age,” she said.

Other stunning Viking era Discovered have been made in Scandinavia this Calender year, for example, a Tenth century Viking crucifix was unearthed in Denmark, prompting experts to reconsider the dates when Christianity arrived in the country.

Earlier this year archaeologists also used satellite imagery to identify a site in Newfoundland that could be the first new Viking site discovered in North America in over 50 years.