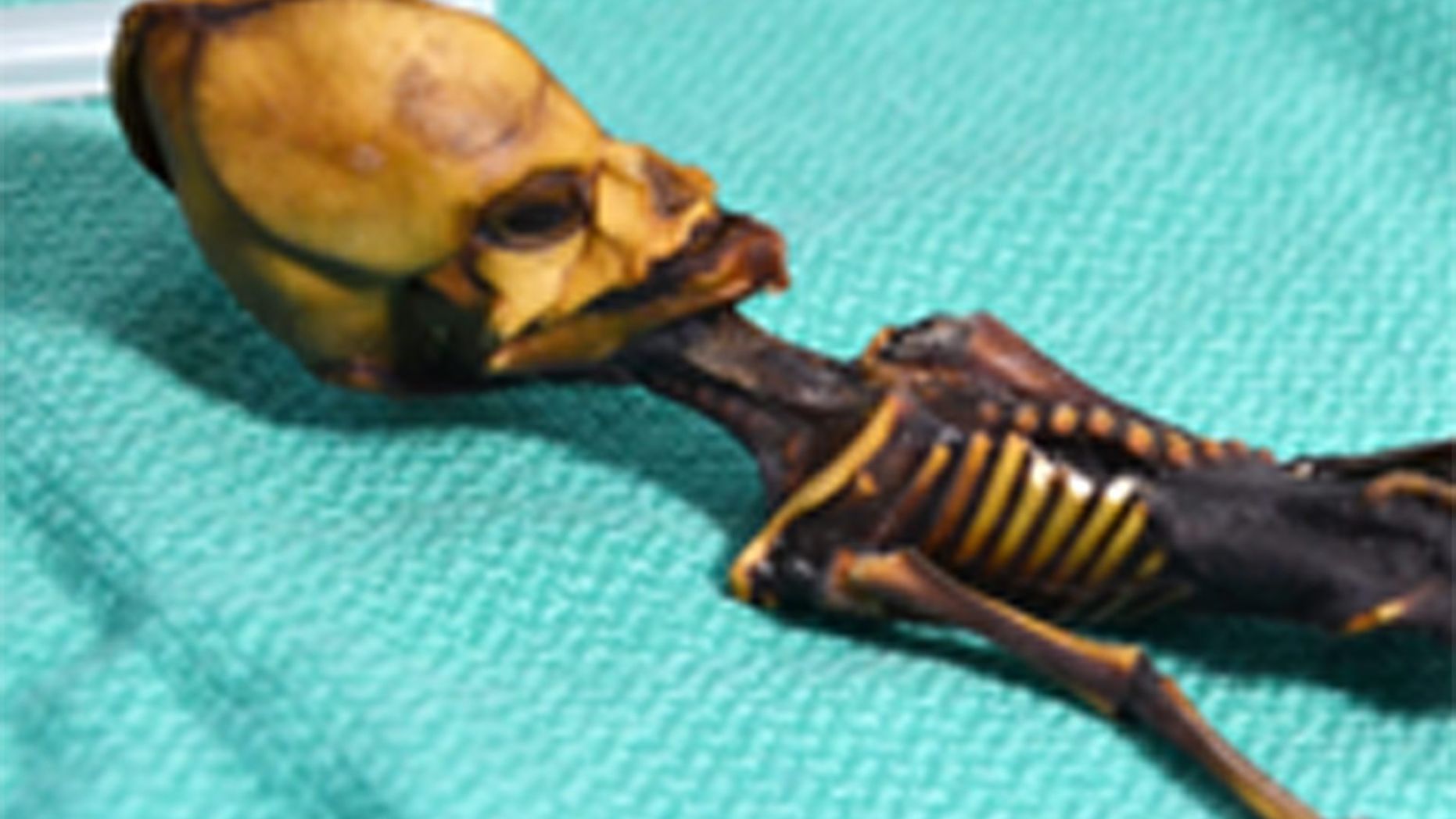 The severely elongated head of a preserved skeleton discovered in Peru’s Atacama Desert in 2003 is so unusual that it initially prompted people to suggest that the diminutive body was that of an extraterrestrial.

Since then, DNA testing affirmed that the remains — which measure about 6 inches (15 centimeters) long — belonged to a human fetus that specialists named Ata.

But the researcher who conducted that investigation and published their findings in March has recently come under fire for their methods.

Another group of researchers presented an evaluation of the earlier examination, publishing an analysis in the International Journal of Paleopathology.

They criticized the prior research, suggesting that its conclusions about the skeleton’s so-called abnormalities — such as missing ribs — reflected an incomplete understanding of normal fetal development. That mistaken interpretation of the remains led the researchers to proceed with DNA extraction that damaged part of the skeleton.

Their examination, which did not include any Chilean researchers, may have sidestepped protocols that typically monitor the ethics of research conducted with human remains, as their publication omitted “a sufficient ethics statement or archaeological permit,” Kristina Killgrove, co-author of the new investigation and an assistant professor of anthropology at the University of West Florida, wrote in an article for Forbes.

In the new paper, the authors pointed out that the mummy’s unusual-looking skull and body were not necessarily the result of “anomalies,” as the previous research suggested.

Rather, the skull could have been elongated by vaginal delivery of the preterm fetus, while heat and pressure underground after the body was buried could have further compressed the cranium, the researchers reported.

The authors of the new investigation also questioned the earlier research’s suggestion that “novel mutations” could explain the mummy’s size.

The authors noted that skeletal development at the fetus’ suspected age, 15 weeks, would not have been affected by the genetic variants that the researchers described in the previous study.

Since the remains are thought to be just a few decades old, studying them raises ethical concerns that the March study did not adequately address, the scientists in the new study said.

Furthermore, as DNA extraction can destroy some of the body tissues, also restrictions typically apply for such an examination.

And it is unclear from the prior study that DNA sampling was required to begin with, the scientists said.

“Unfortunately, there was no logical rationale to undertake genomic analyses of Ata, because the skeleton is normal,” the authors wrote in the new study, adding that the whole-genome testing previously performed “was unnecessary and unethical.”

“We caution DNA analysts about getting involved in cases that lack clear context and legality, or where the remains have resided in private collections,” the study authors concluded.