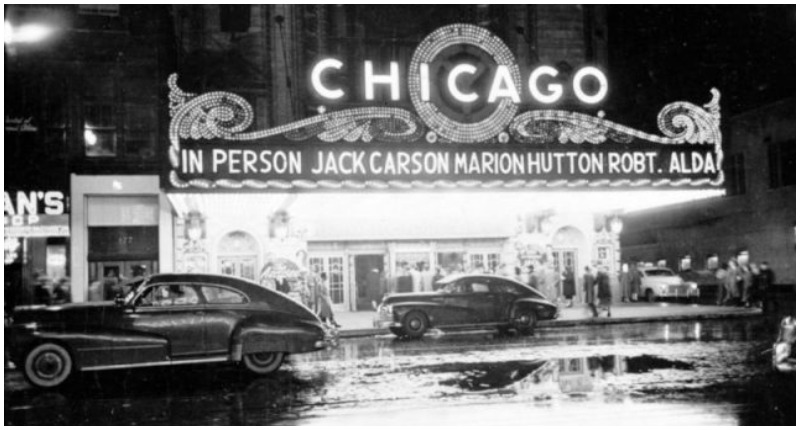 Stanley Kubrick falls into the category of one of the most renowned filmmakers ever. His movies were both groundbreaking and controversial.

They spawned an army of followers and raised several generations of screenwriters and directors who deem his work as their primary influence.

However, in the 1940s, the future director well-known for his perfectionism and radical approach was just a teenager with big dreams and a small camera.

Stanley Kubrick started out as a 17-year-old photographer’s apprentice at the New York-based Look Magazine, where he soon got the chance to become a full-fledged contributor.

He was known for his “slice-of-life” photos which both reflected the squalor and splendor of huge American cities like New York and Chicago.

In 1949, Kubrick was 21 and eager to take on an assignment of creating a photo essay for Look, titled “Chicago – City of Extremes”.  The collection of photographs included snapshots of workers, commuters, and butchers, juxtaposed to those of models, professional wrestlers as well as schoolchildren and entire families.

The basic concept was to show the citizens of Chicago during their daily work routine, as well as how they spend their nights out.

A large portion of his Chicago photo shoot relied on capturing the frenzy which was going on in and around a wrestling match which featured the legendary Gorgeous George, whose extravagant persona influenced the likes of Cassius Clay (later Muhammad Ali) and James Brown.

Despite his young age, Kubrick managed to capture the unique atmosphere of the huge hall and the audience which eagerly awaited the trademark dramatic entrance of the wrestler, which included music, spotlights, and a sequined cloak.

Apart from the wrestling night, the future filmmaker extensively documented the daily life of an African-American family of four, living on Chicago’s South Side. Even though Illinois had some of the most progressive anti-racism laws in the United States, discrimination was still very present.

Most of the African-Americans who came to Chicago during what was called the Great Migration settled in the slums, living in crippling poverty and horrible conditions.

Kubrick, on the other hand, had no illusions when it came to the poor and their lives. His camera captures the unforgiving face of poverty and the humanity behind it.