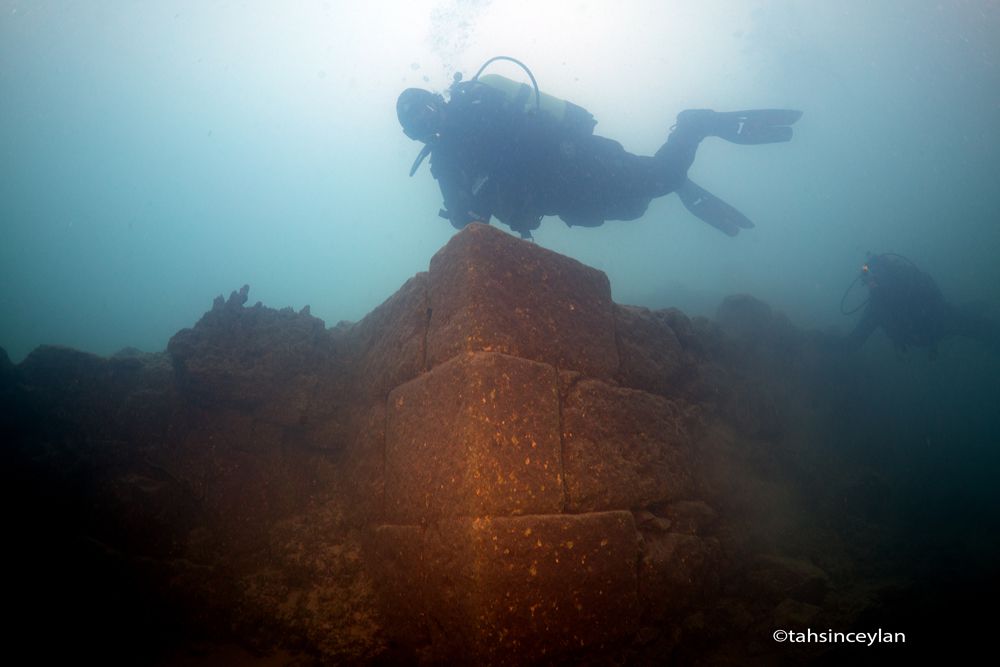 A Mysterious 3,000-Year-Old Castle Has Been Found Under a Lake in Turkey

In deepening the biggest lake in Turkey, the ancient remains of a 3000-year-old castle have been found, leaving some wonder that Atlantis is real.

For more than ten years, experts studied Lake Van before divers stumbled across the ancient fortress.

The mysterious ruins were believed to have been constructed between the 6th and the 9th century BC by Urartu, a kingdom of the Iron Age residing in the region.

Researchers from the Van Yüzüncü Yıl University, along with a team of divers and an underwater photographer and videographer, uncovered the fort.

Local legends had long told of a lost city submerged by the water levels, which have changed drastically over the past few thousand years.

Previous searches had found pearl mullets, microbialites, corals and even a sunken Russian ship, but the team have now hit the jackpot with their “miracle” discovery

Speaking to Hurriyet Daily News, the project’s leader Tahsin Ceylan said: “Many civilizations and people had settled around Lake Van.

“They named the lake the “upper sea” and believed it hid many mysterious things.

“With this belief in mind, we are working to reveal the lake’s secrets.

“It is a miracle to find this castle underwater.”

He added: “There was a rumour that there might be something under the water but most archaeologists and museum officials told us that we won’t find anything.”

The stone used to build the underwater castle, along with a number of villages and settlements in the area, was favoured by the Urartian civilization.

Historians will be able to use the discovery to learn more about the kingdom, which held considerable political power in the 8th and 9th centuries BC.

However, some have also now been left wondering if they find could also hold the answer to the lost city of Atlantis, thought to be a fictional island.

The first known mention of Atlantis is in the writings of ancient Greek philosopher Plato in 360 BC.

The mythical underwater island said to have been created by people who were half human and half god was allegedly destroyed overnight by an earthquake and tsunami.