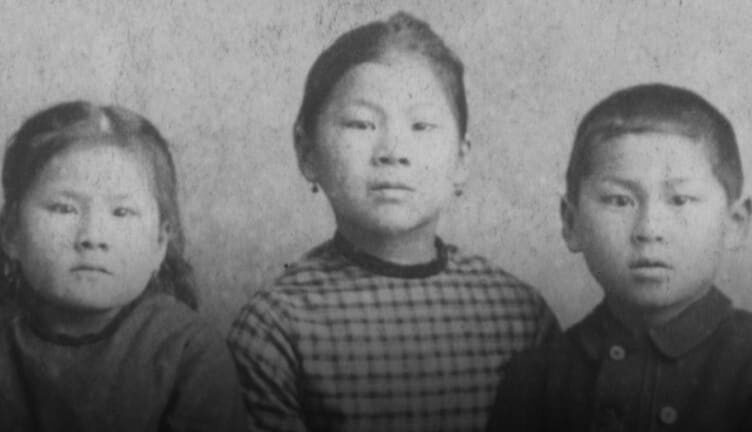 Earlier portals showed that Chinese Americans were subject to racist city and state school law in the 19th century in San Francisco.

Between 1871 and 1885, all public schools were denied access to them. It obliged a historic court case to force the city and state to provide the Chinese residents of the city with schools, although separate ones.

A Chinese woman named Mary Tape dressed her 8-year-old daughter, Mamie, in a checkered pinafore, tied a ribbon in her braid In September 1884, and took her to Spring Valley Primary School, a one-story wooden building on Union Street between Franklin and Gough streets.

The school’s principal, Jennie Hurley, was uncertain what to do and appealed to the city’s new superintendent of schools, a virulent Southern racist named Andrew Jackson Moulder.

Moulder, who in his previous incarnation as state superintendent of schools had been largely responsible for California’s anti-Chinese school laws, refused to admit Mamie. Her father, Joseph Tape, appealed to the Chinese Consulate for help.

As Mae Ngai writes in “The Lucky Ones: One Family and the Extraordinary Invention of Chinese America,” the Tapes were a highly atypical Chinese family. Joseph was just 12 when he left China for the U.S.; he got a job as a house servant for a dairy rancher on Van Ness Avenue, then was promoted to driving the milk wagon.

While on his route, he met his future wife, Mary, who had been taken in by the Ladies’ Protection and Relief Society at Franklin and Post Street. At age 11 she had been brought from China to San Francisco, where she was most likely enslaved in a brothel. She was the only Chinese child at the Relief Society, and one of the first Chinese “slave girls” to be rescued by Protestant missionaries in San Francisco.

Joseph soon opened his own business as a drayman, and he and Mary moved to the 1700 block of Green Street, in Cow Hollow. The couple were thoroughly Americanized: Both spoke excellent English, wore American-style clothing, had adopted Western names and manners, and were Christians. They had little connection with Chinatown and no desire to educate their children in the Chinese ghetto. And they were prepared to fight to get Mamie into the non-Chinese school in their neighborhood.

The Chinese vice consul, a white attorney named Frederick Bee, lodged a protest with the San Francisco school board. But by an 8-3 vote, the board ruled that the exclusion of Mamie Tape was lawful.

Board member Isidor Danielwitz said he was prepared to go to jail rather than admit Chinese children to the public schools. Another board member, physician Charles Cleveland, said all American-born children should be educated and that excluding the little Tape girl was “wrong all through in principle.” But Cleveland’s views were decidedly in the minority.

Undaunted, Joseph Tape retained a lawyer, William Gibson, whose father, Otis Gibson, was a Methodist missionary whose advocacy for Chinese immigrants had once prompted a white mob to attack his house. With Gibson’s help and the financial assistance of the Chinese Consulate, Tape filed a lawsuit in San Francisco’s Superior Court.

Gibson argued that Mamie Tape’s exclusion from the school violated both the 1880 California school law and the 14th Amendment to the U.S. Constitution, which guarantees all citizens equal protection under the law. In January 1885, Judge James Maguire handed down a decisive victory for the Tapes. Maguire cited the 14th Amendment, state law and the fact that Chinese Americans paid taxes in ruling that Mamie must be admitted to the Spring Valley School.

Superintendent Moulder, the majority of the school board and much of the public were outraged. As D. Michael Bottoms notes in “An Aristocracy of Color: Race and Reconstruction in California and the West,” Moulder gave a vituperative speech in which he called the Chinese “a nation of liars … filthy and impure.”

The school board appealed the ruling to the California Supreme Court, but in Tape vs. Hurley, the state’s highest legal body upheld Maguire’s decision. As Bottoms notes, this put California’s white school officials in “an awkward position. … They were now faced with what one school official described as ‘an ignominious political death’ if they dared to comply with the law, and jail if they did not.”

But Moulder found a way out. He noted that the ruling had not undermined the established “separate but equal” school doctrine. As long as a separate school was provided for Chinese students, they could be kept out of all-white schools. Moulder hastily pushed through a state bill authorizing separate schools for “children of Chinese and Mongolian descent.”

This was hardly a ringing civil rights victory. As Ngai notes, it simply meant that “the school board had been forced to elevate Chinese to the same status as African Americans and Indians” — an extremely lowly one. Nonetheless, it represented progress.

In early April 1885, the new Chinese Primary School had not yet opened. This gave Mary Tape one last chance to enroll Mamie in Spring Valley. But Principal Hurley managed to stall, citing overcrowding and the fact that Mamie lacked vaccination certificates. Outraged, Mary Tape wrote a long letter that was published in the Alta California newspaper.

“Dear sirs,” it read. “Will you please to tell me! Is it a disgrace to be Born Chinese? Didn’t God make us all!!! … Do you call that a Christian act to compel my children to go so far to a school that is made in purpose for them? … Her playmates are all Caucasians ever since she could toddle around. If she is good enough to play with them! Then is she not good enough to be in the same room and studie with them?”

But Mamie was prevented from enrolling in Spring Valley. On April 13, when the Chinese Primary School opened on Jackson and Stone Alley, near Powell, Mamie and her brother, Frank, were the first students to arrive there.

The Tapes had won a flawed victory, but a victory nonetheless. Over the next few decades, increasing numbers of Chinese Americans began entering white public schools, and fewer whites complained. By the 1920s, most Chinese Americans were attending integrated public schools in San Francisco, despite that the law requiring school segregation was still on the books. The law was not repealed until 1947.