7 Biblical artifacts that are not likely to be found: 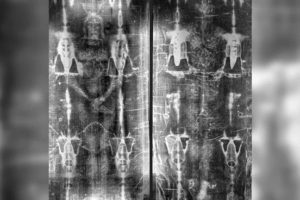 The Bible world is still fascinating scholars and the general public. Numerous excavations taking place in Israel, Palestine, Jordan, Egypt, and other Middle East countries are aimed at helping researchers understand better the stories written within the book.

Archaeologists view some parts of the Bible as a loose historical record, but there is no way to verify (without finding actual artifacts) what is true and what is fiction.

7. Ark of the Covenant 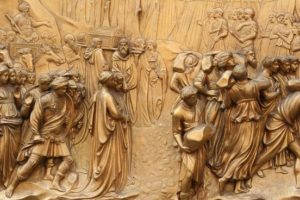 According to the Hebrew Bible, God commanded Moses to tell the Israelites to construct the covenant ark and store tablets inscribed with the Ten Commandments within it. The ark was made of gold – covered acacia wood.

During the reign of King Solomon (sometime around 3000 years ago), the 1st temple, the holiest place in Judaism, was constructed in Jerusalem.

The ark of the covenant was kept within the temple until 587 B.C., when the Babylonians conquered Jerusalem, destroying much of the city, including the temple.

It is not clear what happened to the ark after that. Some stories say that it was hidden before the Babylonians reached the temple, with one legend claiming that the ark “shall not be revealed until the day of the coming of the Messiah, son of David.

“Another legend proposes that the ark was taken to Ethiopia, where it now resides within the Church of Our Lady Mary of Zion.

A scholar named Edward Ullendorff claimed that during World War II he was able to see this ark and that it was not the original ark. It seems unlikely that anything that happened to that original will be rediscovered. 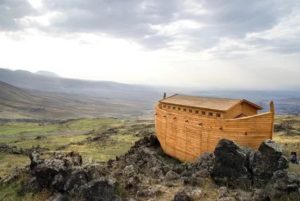 A story told in the Hebrew Bible says that God flooded the entire world because humans were becoming too wicked. Before this happened, God told a man named Noah, whom God believed to be righteous, to build a massive ark made of cypress wood and house within it Noah’s wife and children, along with male and female pairs of every living creature. That way, the world could be repopulated after the flood.

Following the construction of the ark and the creatures inside it, the Earth was flooded for 150 days, according to the Hebrew Bible, killing everything that moved on the ground.

When the flood waters receded, the ark came to rest on the “mountains of Ararat,” the Hebrew Bible says.

While a Mount Ararat exists in eastern Turkey, in the area where the borders of Turkey, Armenia, and Iran intersect, it is not clear if this is the “mountains of Ararat” referred to in the Hebrew Bible.

For centuries, explorers have been searching for Noah’s Ark but never found it and probably never will. Many scholars consider the story to be mythical and do not believe that the Ark of Noah actually existed. 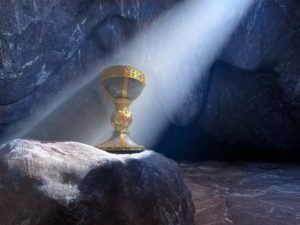 The Holy Grail, also known as the Holy Chalice, is the cup that Jesus allegedly used at the Last Supper before he was crucified with his disciples.

According to the Hebrew Bible, “Then he took a cup, and when he had given thanks, he gave it to them [the disciples], saying, ‘Drink from it, all of you. This is my blood of the covenant, which is poured out for many for the forgiveness of sins.'” Matthew 26:27-28.

In medieval literature, King Arthur and his knights embark on a quest to search for the Holy Grail, which is said in Arthurian stories to have magical properties. Another medieval legend suggests that Joseph of Arimathea, the man who took responsibility for burying Jesus, traveled to Britain and brought the Holy Grail with him.

While these are popular and interesting legends, scholars generally regard the stories as fictional. Scholars cannot even be certain whether the Last Supper actually occurred and if the Holy Grail ever existed. Even if the Holy Grail did exist it is unlikely that it will ever be found.

4. An actual piece of the true cross 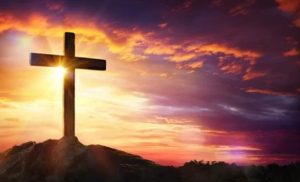 Around the world, there are literally 100’s of pieces of wood said to have come from the cross that Jesus was supposedly crucified on.

One example was found in 2013 during an archaeological excavation in Turkey. Relics of Jesus, particularly pieces of the cross, were particularly popular during the Middle Ages.

The theologian John Calvin (who lived from 1509 to 1564) famously said that if all the supposed pieces of the true cross were gathered together, they could fill the cargo hold of an entire ship.

Such pieces are still popular today. In 2017, Several pieces supposedly from the true cross were on sale at prices of around $500. 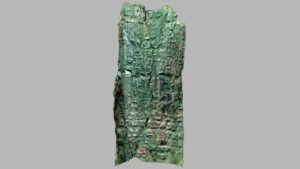 Found in a cave near Qumran, the “Copper Scroll” is 1 of the most unusual of the Dead Sea Scrolls. Inscribed on copper (as its name suggests), the “scroll” discusses the hiding places of a vast quantity of treasure.

The text is descriptions of the hiding places are cryptic and hard to understand. For instance, the scroll says that some of the treasure is “in the great cistern, which is in the courtyard of the little colonnade” (translation by J. T. Milik). Another batch is in “the eastward-looking cave of the pillar with 2 entrances,” the scroll says. Scholars debate whether these treasures ever existed. 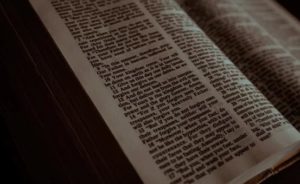 Q source is the name that scholars give to a hypothetical text that may have been used to help write the Gospel of Matthew and Gospel of Luke.

Many scholars trust that the Gospel of Mark was the earliest Christian Gospel and that the authors of the Gospels of Matthew and Luke used Mark and Q source to write their Gospels.

Archaeologists have yet to find a text containing Q source, leading some scholars to speculate that the source was an oral tradition that was never written down or that Q source never existed.

If Q source did exist and was written down, then it was probably not copied as widely as the Gospels of Mark, Matthew, and Luke.

While there are many copies of those Gospels from ancient and medieval times, not a single text of Q source survives today, and it appears unlikely that one will be found.

1. The real burial shroud of Jesus 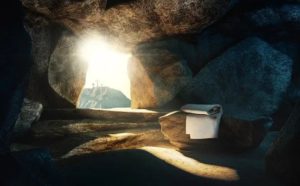 A man named Joseph of Arimathea buried Jesus after his crucifixion, according to stories told in the Bible. “And Joseph bought a linen cloth, and took down the body, and wrapped it in the linen cloth, and laid it in a tomb hewn out of the rock, and rolled a stone at the tomb’s door.” Mark 15:46.

There has been great interest in finding this burial shroud. A number of forgeries have appeared over the centuries, the most famous being the Shroud of Turin, which was created in the Middle Ages.

It is not clear what happened to the actual burial shroud of Jesus. The Gospel of Luke says that after Jesus was buried, the apostle Peter entered his tomb and “bending over, he saw the strips of linen lying by themselves, and he went away, wondering to himself what had happened.” Luke 24:12. Whatever happened to the real burial shroud of Jesus, it seems unlikely that it will ever be found.