8,000 years ago the first farmer groups from the Middle East passed the region known now as Turkey and entered Europe before branching out to follow two different routes: one headed for Central Europe through the Danube, and the other for the Iberian Peninsula, following the path marked by the Mediterranean Sea. 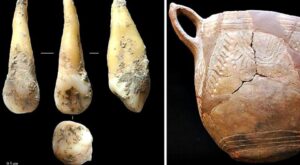 A new progressive way of life has been introduced in some human communities in Europe, characteristic of the Neolithic period. The Neolithic was a time that agriculture spread with unprecedented speed, causing fundamental changes in the lives of human beings, from hunters and gatherers to farmers.

This led, in turn, to sedentary nomads, who settled in fixed places and created the first residential villages. These settlements permitted the increase of the population while certain goods became surplus; they also led to the advent of primitive commerce in the form of trade.

The latest study of the tooth discovered in the cave, Cova Bonica   Vallirana, in Catalonia, has revealed details on one of the early European Neolithic farmers as well as showing us that the Neolithic farmers of Central Europe and the Mediterranean might have had the same common origin.

A team of Spanish and Danish scientists have succeeded in sequencing the genome of one of the first farmers who lived in the Mediterranean area of ​​the Iberian Peninsula.

The study of DNA from the tooth revealed that this ancient farmer was actually a woman; with light skin, dark hair, and brown eyes that lived about 7,400 years ago in what is now Catalonia.

This prehistoric woman, which we also know was lactose intolerant, belonged to the group of farmers who settled in the Mediterranean, developing their own culture, which has characteristically been called  Ceramica Cardial ( Cardial pottery).

This pottery is noted for the decorative incisions on the handcrafted pieces with the edges of bivalve shells, such as some pottery shards found in the same level as the tooth from the farmer woman found at Cova Bonica.

“We used half the tooth to determine its age and the other half to sequence the DNA, so we used it all up, but we have its genome. Environmental conditions in the Mediterranean are much less favorable to the preservation of DNA than in central Europe.

We already had the genomes of several individuals from Central Europe, but none of the farmers who settled in the Iberian Peninsula so, from the genetic point of view, they were strangers,” said Carles Lalueza-Fox.

Another difficulty that the researchers had to face was that  “These old samples have a high component of bacterial DNA, to the point where the individual’s DNA is a minority. Only 5% of the total is human sequences, 95% is because it is disposable environmental DNA” explained the geneticist.

The greatest benefit to sequencing the genome  of the first Iberian farmer may be that it can better allow us to study our own evolution as we are descendants of those men and women of the Neolithic.

Those individuals that survived epidemics, diseases, and adapted to major changes, including numerous variations in their diet and living conditions passed their genes on to modern humans.

The study of the genome, according to  information published in the newspaper ABC  now allows us to explain the reason why there are still many people with lactose intolerance (a mutation still existing in many locations in southern Europe) and others who do not have any problem to eat milk in adulthood (mainly in northern Europe.)

The genomic study also helps explain why the Neolithic people in southern Europe had lighter skin than the northern European hunters. “We believe that diet strongly affects the pigmentation of the skin. While hunters had good quantities of vitamin D through meat, farmers had to fill their need for the vitamin through sun exposure, which is more efficient in lighter skin” Carles Lalueza-Fox stated.

The genome of this Neolithic woman has been incorporated into a database that is being developed and which will provide a broader view of Prehistory of the Iberian Peninsula. 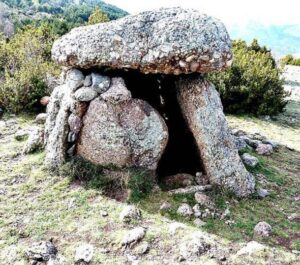 As a researcher noted in the newspaper “El Pais,” the current European populations are formed basically by mixing three genetic ingredients: “a hunter substrate, a Neolithic substrate, and a later substrate from the Bronze Age, associated with the expansion of the Indo-European languages.

The importance of these genomes is that they allow us to have a real genomic reference. A genome is an open door for future research to analyze which genes have changed over thousands of years due to infectious diseases or great plagues like the Black Plague.

We are able to look back in time and space at the variants in individuals .  It’s interesting to understand the drastic lifestyle change that there is between being a hunter or a farmer as well because many diseases came from domestic animals.

Every European would become a cocktail with different percentages of the three main genetic ingredients, and the current populations of the Iberian Peninsula, “especially the Basques,” said Lalueza-Fox, can find their ancient ancestors mostly from those first farmers of the Middle East.

The scientists and have analyzed fifty individuals from the Mesolithic and different periods of the Neolithic and in the words of Lalueza-Fox: “This study is only the first step of a major project that aims to create a  transect (map in time and space) in the paleo-genome of Iberians from the Mesolithic to the Middle Ages, allowing us to understand the transformations of the current Iberian populations.”