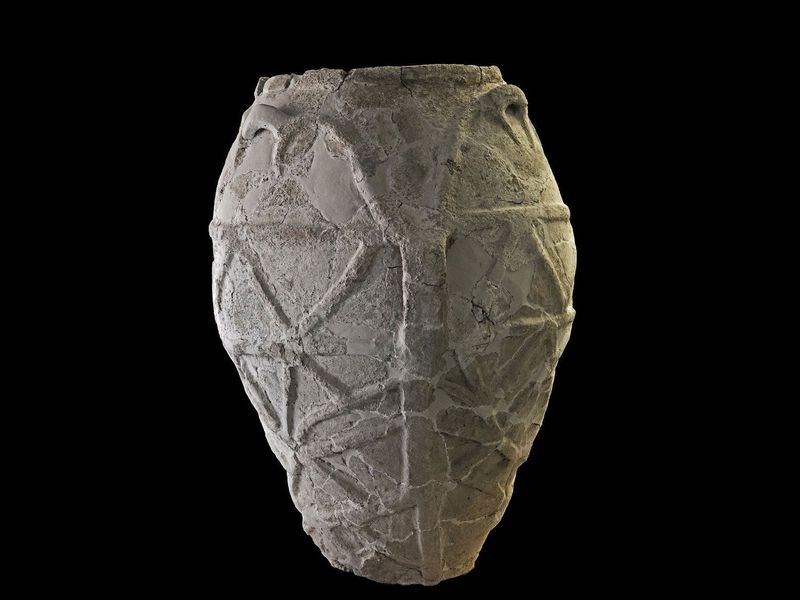 Not only is olive oil at the heart of almost every dish that comes from the Mediterranean, but the oil is also used by cultures in the region as a body wash, perfume, medicine, and lamp fluid.

In the Roman time, the commodity was so important that olive oil was collected as part of the provincial taxes.

But just when did Italian begin squishing olives to extract the oil sometimes known as “liquid gold?” A new study of pottery fragments recovered from an archaeological site in Castelluccio, a village in the Apennine Mountain of central Italy, shows that oil was being produced in the region about 4,000 years ago.

That pushes the timeline of the production of olive oil in Italy 700 year earlier than previously believed, reports Anne Ewbank at Atlas Obscura.

The story of the discovery of the Bronze Age oil itself goes back 2 decades. That’s when archaeologists 1st uncovered the fragments of a jar in the Castelluccio site.

According to a press release, conservators from the Archaeological Museum of Siracusa pieced together some 400 fragments found at the site to rebuild a 3-and-a-half-foot-tall, egg-shaped jar with rope-like flourishes.

They also restored 2 basins separated by an internal septum, as well as a large terracotta cooking plate.

“The shape of this storage container and the nearby septum was like nothing else…found at the site in Castelluccio,” says history specialist Davide Tanasi of the University of South Florida, lead author of the study, published in the journal Analytical Methods.

“It had the signature of Sicilian tableware dated to the end of the third and beginning of the second millennium BCE (Early Bronze Age). We wanted to learn how it was used, so we conducted a chemical analysis of organic residues found inside.”

Nuclear magnetic resonance testing then helped them determine the age of the oil. “The results obtained with the three samples from Castelluccio become the 1st chemical evidence of the oldest olive oil in Italian prehistory,” says Tanasi.

According to Daniel Dawson of Olive Oil Times, storage jars dating back to the twelfth and eleventh century BCE in southern Italy’s Cosenza and Lecce previously held the record for holding the oldest traces of olive oil in Italy.

While the ancient oil is a big deal for Italy, it’s only half as old as the world’s earliest extra virgin.

In 2014, archaeologists in Israel Excavated shards of pottery a mile from the city of Nazareth, which contained traces of 8,000-year-old olive oil, the oldest ever discovered.

While olive oil from the Bronze Age is long gone and would be rancid even if it did survive, it is still possible to taste some olives from the far distant past.