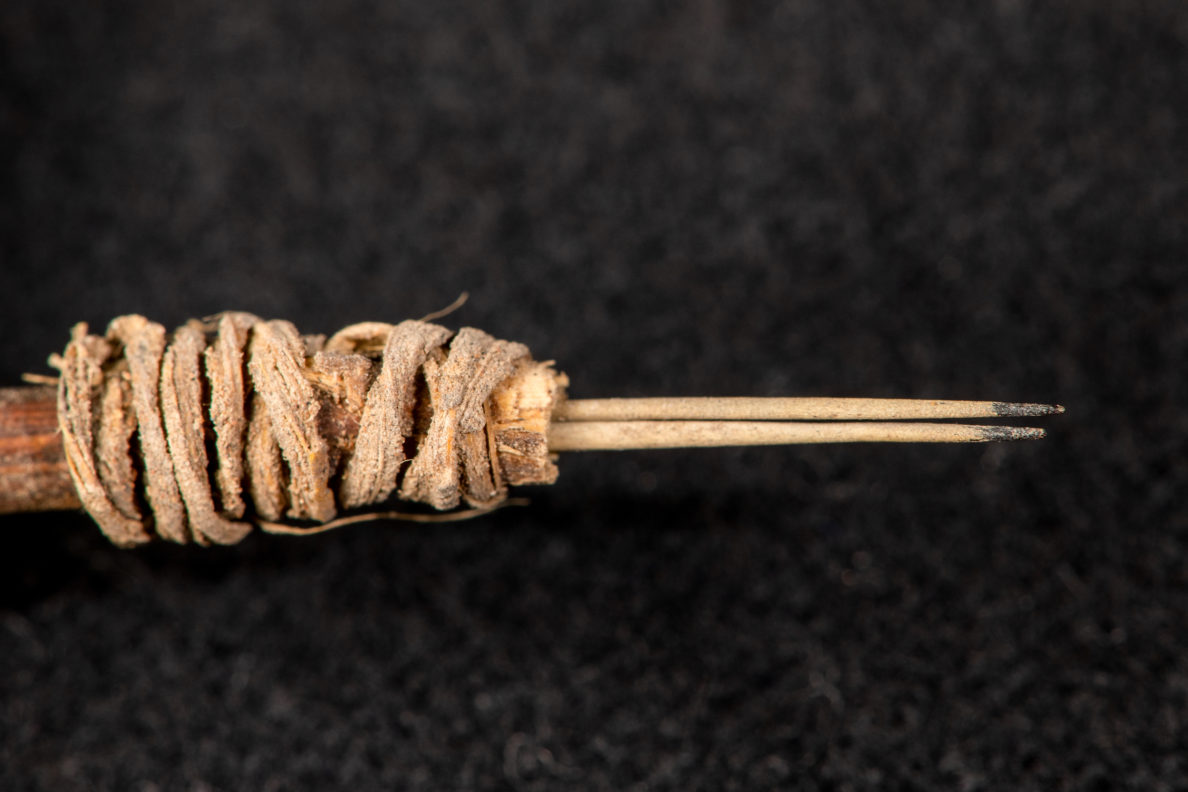 It was crafted by the ancestral Pueblo people who lived from about 500 B.C. to A.D. 500, during the Basketmaker II period, in what is now southeastern Utah.

The discovery pushes back evidence of tattooing in Western North America for over 1,000 years, said study lead researcher Andrew Gillreath – Brown, a Washington State University doctoral student of anthropology who rediscovered the artifact.

“Tattooing by prehistoric people in the Southwest is not talked about much because there has not ever been any direct proofs to substantiate it,” Gillreath-Brown said in a statement. “This tattoo tool provides us information about past Southwestern culture we did not know before.”

Gillreath-Brown happened upon the 3.9-inch-long (9.9 centimeters) tool while taking an inventory of archaeological artifacts that had been in storage for nearly fifty years at Washington State University.

The discovery shed lights on Pueblo culture, he said, given that researchers have yet to find any tattoos on the remains of indigenous people who lived in ancient America. Nor are there written records about tattooing from these early cultures, he said.

Instead, scientist has inferred that these cultures had tattoos based on the discovery of other tattoo-making tools. For instance, researchers have found other cactus-spine tattoo tools in what is now Arizona and New Mexico, Gillreath-Brown said. The earliest of these tools date to between A.D. 1100 and 1280.

The tips of the 2 parallel cactus needles are stained black, he said. “The residue staining from tattoo pigments on the tip was what immediately piqued my interest as being possibly a tattoo tool,” Gillreath-Brown said.

Gillreath – Brown analyzed the needles with state – of – the – art technology, including a scanning electron microscope, to learn more about the tool. He even did several test tattoos on fresh pigskin with a replica of the tool purchased at the grocery store.

The results showed that the ink within the needles likely contained carbon, a common element used in body painting and tattooing.

It is possible that tattoos in ancient cultures were used as social markers, Gillreath-Brown and his colleagues wrote in the study. For instance, according to observations from the 1930’s on indigenous cultures in the Southwest, the Cahuilla, Kumeyaay, Xalychidom Piipaash and Yavapai give tattoos to women when they hit puberty and enter adulthood, the researchers said. And tattoos are thought to grant the soul of the dead access to the ancestral realm for the Cocopah, Mojave and Xalychidom Piipaash.

In essence, the discovery of the tattoo tool “has a great significance for understanding how people managed relationships and how status may have been marked on people in the past during a time when population densities were increasing in the Southwest,” Gilreath-Brown said.

Although it is Western North America’s oldest tattoo tool, it is hardly the world’s oldest evidence of tattoos.

Last year, researchers announced they had discovered the oldest tattooed woman on record — a 5,000-year-old Egyptian mummy. This woman lived about the same time as Otzi, a famous (and tattooed) mummy found in the Italian Alps and dating back about 5,300 years.