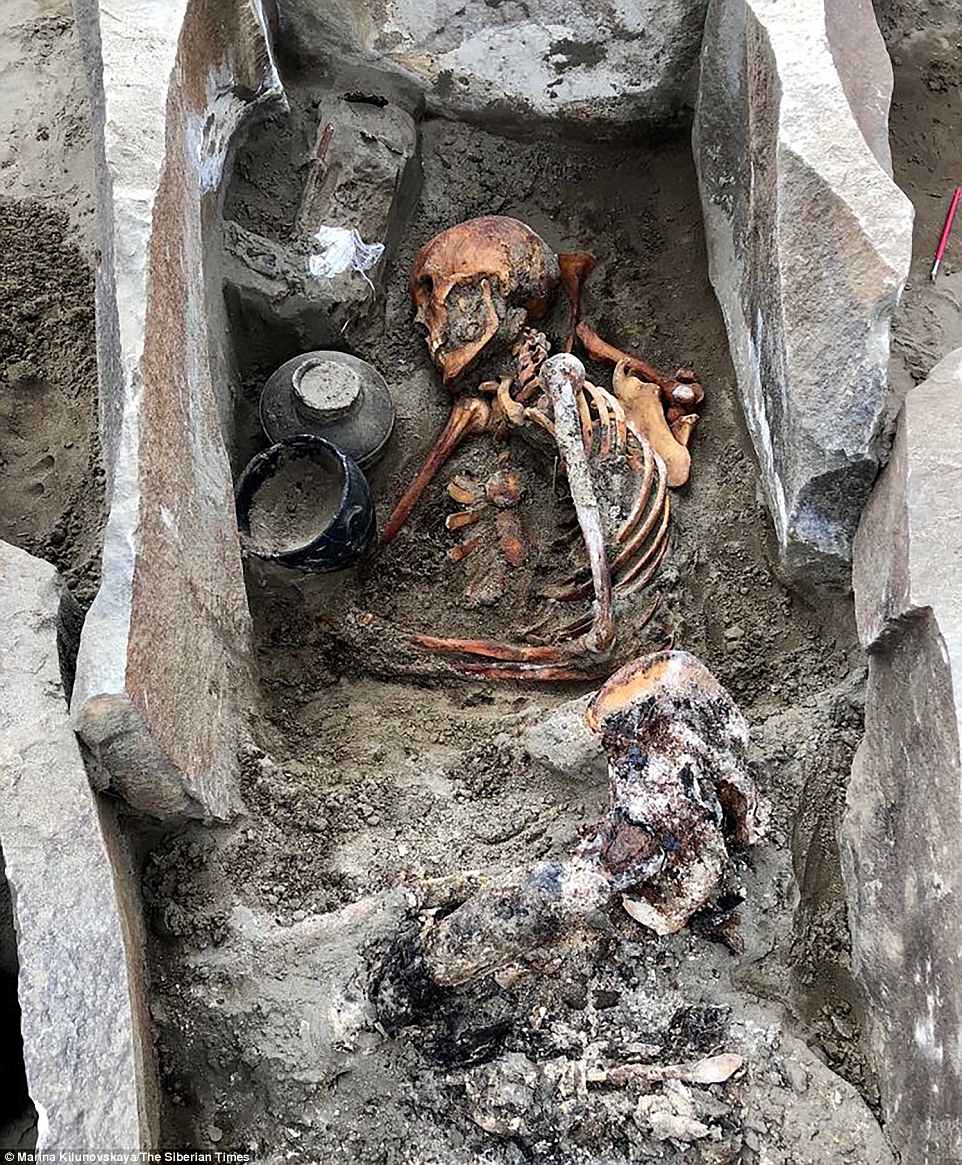 About 2,000 years ago, amid the time Jesus supposedly walked the Earth, people buried a young woman wearing a silk skirt in a stone grave.

They surrounded her body with meals for the afterlife, even placing a bag of pine nuts on her chest.

Now, archaeologists have discovered the mummified body of that woman, whom they nicknamed Sleeping Beauty given the length of time she has been buried and the riches found with her.

These include a beaded belt with a buckle made of a jet (a precursor to coal), a Hun-style vase and around birch container holding a Chinese mirror, according to The Siberian Times.

The grave also contained ceramic utensils, which were typically placed in Hun burials, the archaeologists stated.

“The mummy was in quite a good condition, with soft tissues, skin, clothing, and belongings intact,” an archaeologist who helped to discover the Sleeping Beauty told The Siberian Times.

Archaeologists, from St Petersburg’s Institute for the History of Material Culture, discovered the mummy on the shore of the Yenisei River, just upstream of the giant Sayano-Shushenskaya dam in the south-central Russia’s Republic of Khakassia.

A drop in water level in May exposed the Sleeping Beauty’s rectangular grave, which had previously sat underwater, the archaeologists stated.

“The lower part of the body was especially well preserved,” Marina Kilunovskaya, a prehistorian at the Institute for the History of Material Culture, told The Siberian Times.

“This isn’t a classic mummy — in this case, the burial was tightly closed with a stone lid, enabling a process of natural mummification.”

It’s remarkable that the grave lay undisturbed, especially since the nearby dam began operating between 1978 and 1985, the archaeologists stated.

An excavation of the grave goods uncovered that the mummified person was likely a noblewoman during her lifetime.

For example, the grave goods were ornate, the round makeup container was covered with birch bark and the Chinese mirror within it was housed in a felt case, the archaeologists said.

Going forward, the archaeologists are working to preserve the Sleeping Beauty’s remains and study the artifact within her grave, the researcher said.