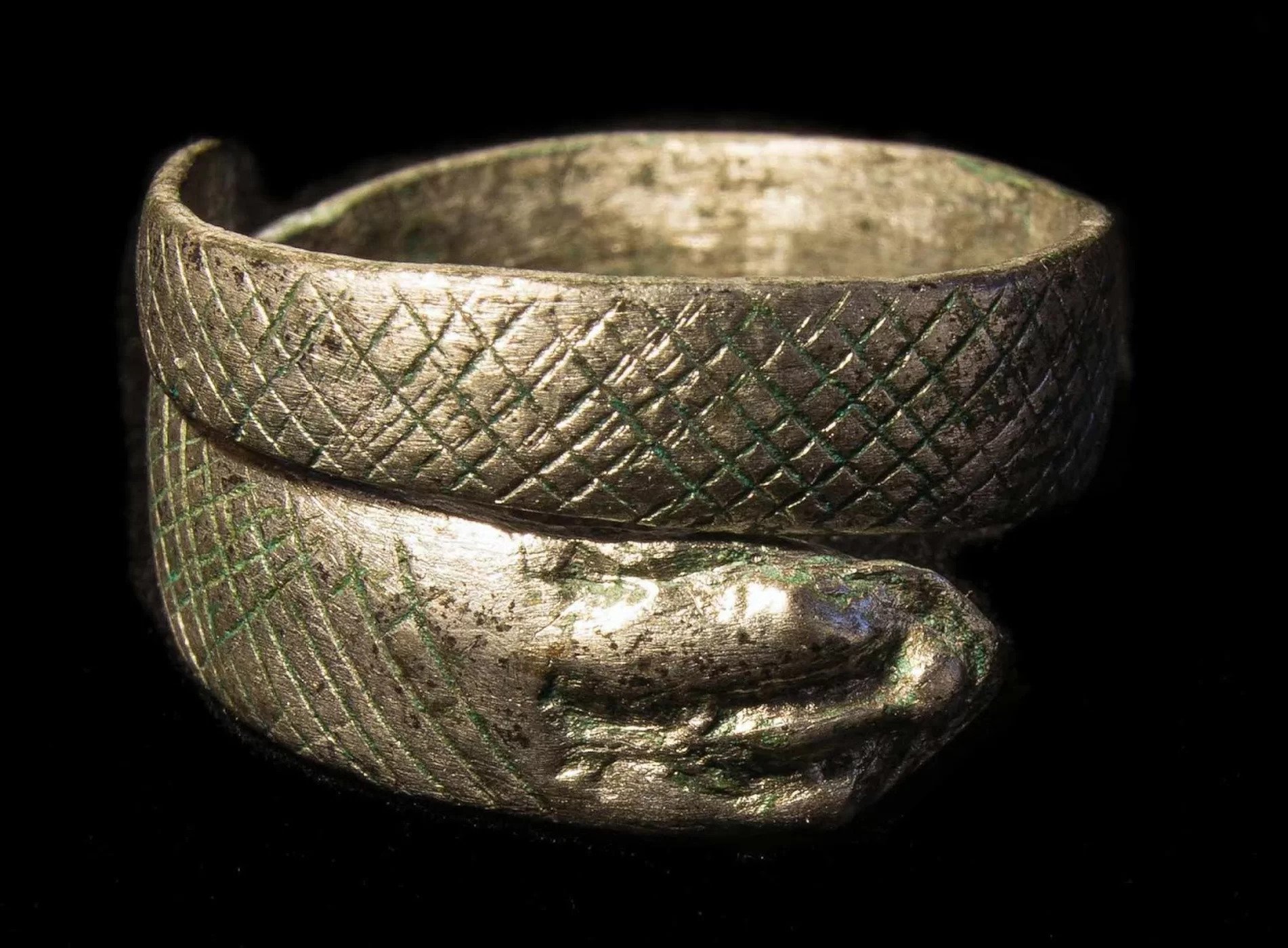 Construction work to upgrade Britain longest road into a major highway has revealed a treasure trove of rare artifact from one of the earliest and wealthiest Roman settlements in the country.

Archaeologist uncovered the artifacts in North Yorkshire along the A1, which stretches 410 miles (660 kilometers) from London to Edinburgh, Scotland, during a major project to improve the existing roadway.

“It is fascinating to discover that nearly 2000 years ago, the Roman were using the A1 route as a major road of strategic importance and using the very latest technological innovation from that period to construct the original road,” Tom Howard, project manager at the government agency Highways England, said in a statement.

Indeed, the newly found artifact include a plumb bob used to build straight roads, which was likely utilized in the construction of Dere Street, a Roman road following the course of the A1, the researchers stated.

The excavation have also led to the discovery of a major Romans settlement at Scotch Corner, one of the best known junctions in the country.

Taking its name from an old Roman road called Scots Dyke, Scotch Corner links Scotland with England and the east coast with the west coasts.

Right there, the archaeologist with the professional consultant group Northern Archaeological Associates unearthed the remains of a large settlements dating back to A.D. 60, thus predating settlements in York and Carlisle by 10 years.

The discovery proves that the Romans “possibly began their territorial expansion into northern England a decade earlier than previously thought,” according to Historic England.

The settlement at Scotch Corner was unusually large compared to others in northern England, and stretched over 4600 feet (1,400 meters) from north to south — roughly the length of 13 football field positioned end to end, according to Historic England.

Artifacts unearthed there suggest that the peopleswho lived at Scotch Corner were rather wealthy. High status imported items include the figure of a toga-clad actor carved from a block of amber, which is believed to have been made in Italy during the 1st century A.D.

“A similar example was discovered at Pompeii. Nothing like this has ever before been found in the U.K.,” representatives with Historic England said.

The archaeologist unearthed more than 1,400 clay fragments of molds used for making gold, silver and copper coins, thus making the site the largest known and most northerly example of coin production ever discovered in Europe, the researchers said. Those findings suggest that the settlement might have served as a sophisticated industrial and administrative centers, the archaeologists said.

“It shows that the Roman were carrying out significant industrial activity in this part of England and potentially producing coins of high value,” Historic England representatives said in the statement.

But it was a short lived glory. The settlement was occupied for just 2 to 3 decades.  Its demise seems to coincide with the rise of Catterick, a town south of Scotch Corner known by the Romans as Cataractonium.

Finds at Catterick abounded. The archaeologists excavated several well-preserved leather shoes, along with large sheets of leather, perhaps used for producing clothes. The artifacts suggest that Cataractonium was an important leather working center that likely supported the Roman military, the archaeologists said.

A rare silver ring shaped like a snake, which wraps around the fingers, and a number of keys of various sizes suggest that the people who lived in Cataractonium were wealthy and that they locked up their valuable possessions, the archaeologist suggested.

Moreover, the many styli (Roman pens) and a pewter inkpot found at the site indicates that most of these ancient people were able to read and write, the researchers stated.

“The sheer amount of exceptional objects discovered on this road scheme has been extraordinary,” Neil Redfern, principal inspector of ancient monuments at Historic England, said in the statement. “This project has given us a unique opportunity to understands how the Romans conducted their military expansion into northern England and how civil life changed under their control.”