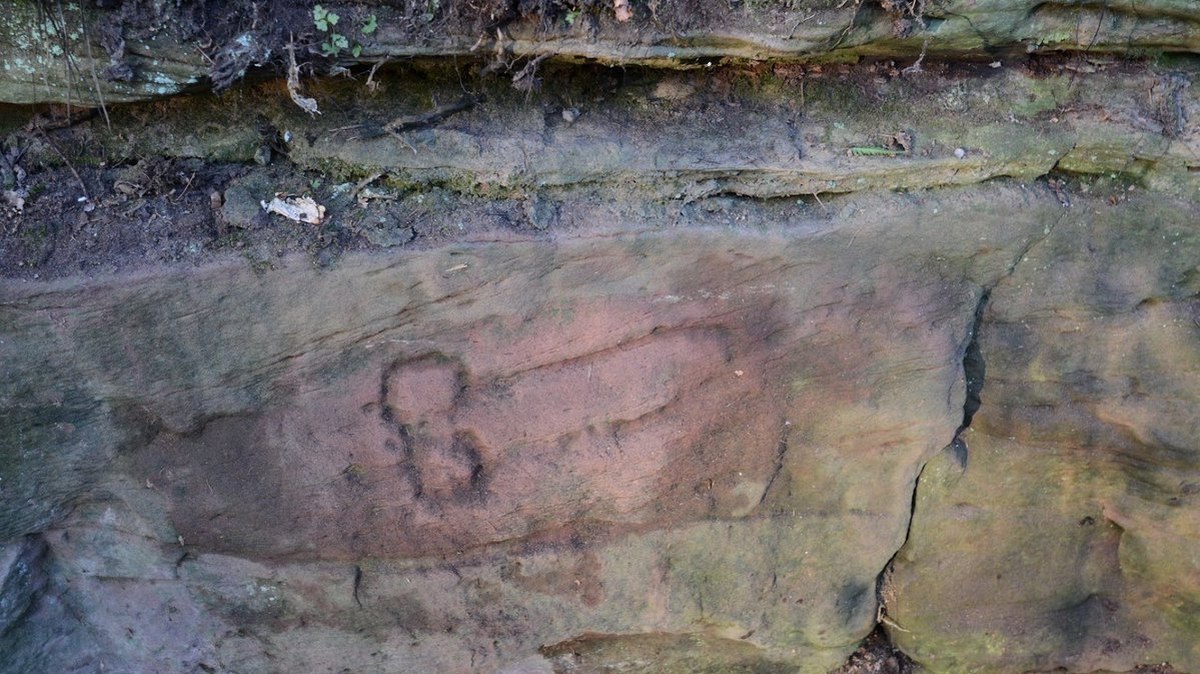 Hadrian’s Wall was a barrier constructed by the Romans to protect them from enemy hordes of barbarians.

What remains of the structure is millennia old, and it remains a testament to its structural integrity to this day.

Repairs were often required, of course, for which loyal soldiers dutifully lugged sandstone materials around and patched up areas threatening to crumble. When these Romans got bored enough, however, it seems they left their mark in more ways than one.

Newcastle University and Historic England archeologists have partnered with each other to record the newly discovered inscriptions — including caricatures, phrases, and even penis rendering, Historic England reported.

Colloquially known as “The Written Rock of Gelt,” researchers have learned a lot by descending down the Thirty-foot quarry in Cumbria, as the sandstone’s illustrative markings explore the military mindset involved in these repair works and how they passed the time.

One inscription, “APRO ET MAXIMO CONSVLIBVS OFICINA MERCATI,” dates the carving back to 207 AD when Hadrian’s Wall underwent extensive repairs and renewals under the consulate of Aper and Maximus.

The phallus — used as a symbol of good luck by the Romans of the time — is only one of many carvings still being found. “The Written Rock of Gelt” was previously thought to consist of 9 Roman inscriptions, and while only 6 of them are currently legible, more are expected to be found.

The insight provided by this historical piece of stone also points to the army’s personal feelings about their superior, with the caricature of an officer presumably in charge of repairs making up one of the wall’s carvings.

“These inscriptions are probably the most important on the Wall frontier of Hadrian at Gelt Forest,” said Mike Collins, Historic England’s Inspector of Ancient Monuments for Hadrian’s Wall.

“They provide insight into the organization of the vast construction project that Hadrian’s Wall was, as well as some very human and personal touches, such as the caricatures of their commanding officer inscribed by one group of soldiers.”

These discoveries are particularly exciting to those at the site because access to view these carvings was essentially shut down in the 1980s after the established path collapsed into a gorge of the adjacent Gelt River.

Unfortunately, the wall has been exposed to a great deal of water erosion since then — which makes recording its carvings all the more Important.

“This is a great opportunity to record them in 2019, using the best modern technology to protect their ability to study them in the future.”

Practically speaking, this means using ropes to descend into the quarry — and using laser scanning technology to record inscriptions as much as possible in detail.

These scans are then processed for further study by computers into digital, three – dimensional models. Perhaps the most amazing thing about this historic venture is that, for the first time in nearly 40 years, the public will be able to see these carvings closely, albeit digitally.