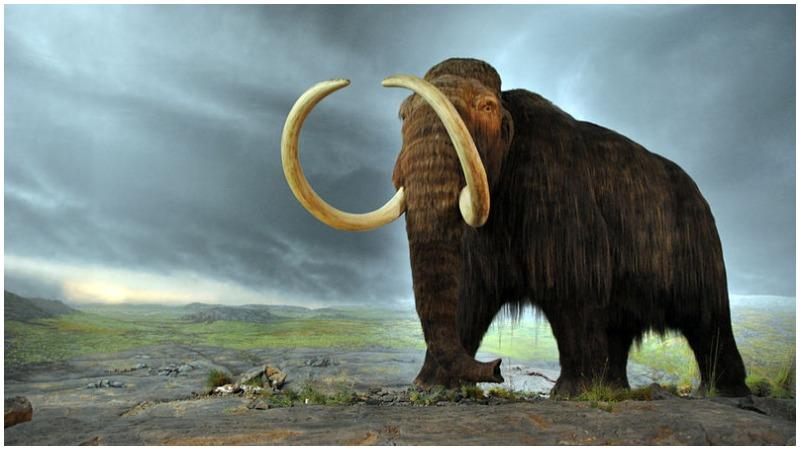 A road crew working on an A14 overpass in England unexpectedly found the bones of a woolly mammoth and a woolly rhino.

The crew was digging near Fenstanton while working on improvements to the road between Cambridge and Huntingdon, says the BBC.

The remains were found in what once was an ancient river, and experts say they may be 130,000 years old. Dean Lomax, a paleontologist, called the find “exciting” and “quite uncommon”. Highways England has said they will be sending the bones to London so that specialists can make a thorough analysis.

Apparently, the bones were just the latest in a string of remarkable finds from the team working on the A4.

They have already uncovered three Anglo-Saxon villages, henges, Roman kilns, a medieval hamlet, and an Iron Age settlement in the course of their work. Lomax, a visiting scientist at the University of Manchester, said that he was excited that the bones had been uncovered during roadwork, and that “What I’d really like to know is how much of each animal has been found.”

He went on to say “Woolly mammoths and woolly rhinos were once a common part of the wildlife here in the UK but recent discoveries like this are quite uncommon” He went on to wonder whether this discovery would prove to be a one-off, or whether other similar discoveries may be preserved in the same area.

Only time will tell if there are more discoveries to be made, but the improvements to the A14 are meant to cover 21 miles of road and the creation of a new bypass south of Huntingdon, so there’s a lot of ground to cover.

According to the Guardian, mammoths existed in Britain for much longer than had first been supposed. Scientists who analyzed mammoth remains found in Condover, Shropshire, concluded that Britain’s population of woolly mammoth had not been hunted to extinction; they were probably wiped out as a result of climate change at the end of the last Ice Age.

Adrian Lister, of London’s Natural History Museum, was one of the scientists who did the analysis. He says that “Mammoths are conventionally believed to have become extinct in north-western Europe about 21,000 years ago during the main ice advance, known as the last glacial maximum.

Our new radiocarbon dating of the Condover mammoths changes that by showing that mammoths returned to Britain and survived until about 14,000 years ago.”Improved methods for the purification of samples for carbon dating have made it possible to get much more accurate results.

Many ancient remains that had been tested prior to those improvements and then tested again using the new techniques have shown the first results to be significantly off.

The improved sample purification has allowed for inaccuracies to be rectified. The last Ice Age was between 75,000 and 12,000 years ago, but during that time the Earth’s climate still had a lot of variations, with warmer and colder periods. About 21,000 years ago, an especially cold period began, causing ice sheets to expand all over Britain.

It was about that time when mammoths and a lot of other mammals of the time, such as woo; ly rhinos, bison, and giant deer disappeared from Britain. Lister’s research suggests that many of those animals came back, however, when the weather warmed back up. He said, “Plant growth had started again, and there was rich grassland and that’s exactly what the mammoths liked.

The mammoths had been hiding out in Siberia in relatively low numbers during the glaciation maximum. They came back into Europe for a few thousand years on this rich grassland until the forests arrived and it got really warm, and that’s when they died out completely.”