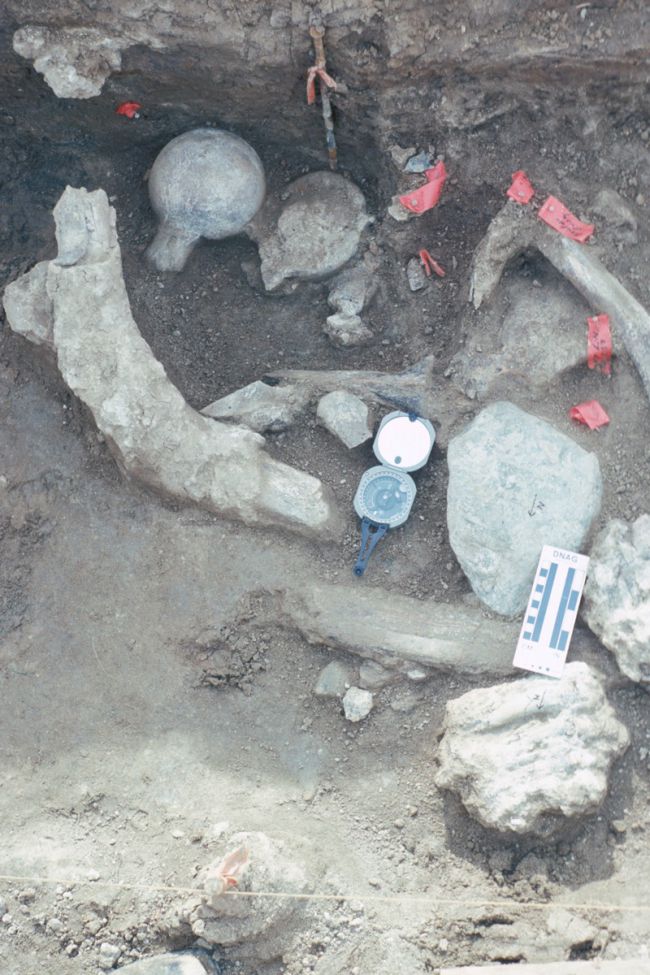 130,000-Year-Old Evidence of Humans in California

Archaeologists in California made a startling announcement: they had discovered a 130,000-year-old prehistoric human campsite in the Golden State. According to currently accepted evidence.

Prehistoric Humans — maybe Neandertals or some other lost species — lived in some 130,000 years ago in California today.

In a research of the mastodon bones found near San Diego, the courageous and fiercely controversial statement, released in the Nature journal. If the researchers are correct, it would make us understand how humans spread around the planet.

The earliest widely accepted evidence of people in the Americas is less than 15,000 years old. Genetic studies strongly support the idea that those people were the ancestors of living Native Americans, arriving in North America from Asia.

If humans actually were in North America over 100,000 years earlier, they may not be related to any living group of people. Modern humans probably did not expand out of Africa until 50,000 to 80,000 years ago, recent genetic studies have shown.

If California’s first settlers weren’t modern, then they would have to have been Neanderthals or perhaps members of another extinct human lineage.

“It poses all sorts of questions,” said Thomas A. Deméré, a paleontologist at the San Diego Natural History Museum and a co-author of the new study. “Who were these people? What species were they?” Some experts were intrigued by the research, but many archaeologists strongly criticized it, saying the evidence didn’t come close to supporting such a profound conclusion.

“I was astonished, not because it is so good but because it is so bad,” said Donald K. Grayson, an archaeologist at the University of Washington, who faulted the new study for failing to rule out more mundane explanations for markings on the bones.

In 1992, construction workers dug up the mastodon bones while clearing earth to build a sound barrier along Route 54 in San Diego County. A team of paleontologists from the museum spent the next five months excavating the layer of sediment in which they were found.

The team discovered more scattered bone fragments, all of which seemed to have come from a single mastodon. From the start, the remains seemed unusual. The thick bones were broken and smashed, and near the animal were five large rounded stones. Dr. Deméré and his colleagues invited other experts to help determine how the bones were broken apart.

In an effort to reproduce the markings, the researchers used similar rocks to break apart fresh elephant bones in Tanzania. The bones fractured at the same angles as the ones in San Diego, they found, and the fragments scattered onto the ground in a similar pattern.

Dr. Deméré and his colleagues rejected the idea that all these changes could be the work of predators attacking the mastodon. “It’s kind of hard to envision a carnivore strong enough to break a mastodon leg bone,” he said.

When he and his colleagues closely examined the rocks found near the mastodon fossils, they also found scratch marks. Similar marks appeared on the rocks used to smash elephant bones. Small chips at the site fit neatly into the rocks, suggesting that they had broken off while people used them as hammers.

The bones and rocks rested on a sandy flood plain by a meandering stream. The researchers argued that these couldn’t have been brought together by a violent current and that people must have carried the rocks to the mastodon.

Dr. Deméré speculated that the humans might have been trying to get the marrow out of the mastodon bones to eat while using fragments of the bones to fashion tools. There’s a great deal of evidence for that kind of activity at older sites in other parts of the world, he noted.

Rolfe D. Mandel, a geoarchaeologist at the University of Kansas who was not involved in the study, found it hard to see how the rocks and bones could come together without the help of people. “It could not happen naturally,” he said. But other archaeologists said the bone fractures and rock scratches were unconvincing.

“They present evidence that the broken stones and bones could have been broken by humans,” said Vance T. Holliday, an archaeologist at the University of Arizona. “But they don’t demonstrate that they could only be broken by humans.”

Gary Haynes, an archaeologist at the University of Nevada, Reno, said the researchers should have ruled out more alternatives. Some of the bone fractures could have been caused by pressure from overlying sediment, he suggested.

For years, Dr. Deméré and his colleagues struggled to figure out how long ago the mastodon died. The scientists finally contacted James B. Paces, a research geologist at the United States Geological Survey, who determined how much uranium in the bones had broken down into another element, thorium.

That test revealed, to their surprise, that the bones were 130,000 years old. Yet the fractures suggested the bones were still fresh when they were broken with the rocks.